Waves Lab, the blockchain technology incubator, has announced 3 new residents will be joining their platform: Paytomat, Tradingene, and Digilira. These projects follow Simdaq, MyTrackNet, and Viso in being selected by the newly formed crypto-accelerator. Waves has firmly committed to supporting projects, having announced an allocation of 1 million WAVES tokens, or approximately $9 million, to the incubation endeavour.

Residents will receive up to $300,000 in seed funding, legal and marketing advice, and general guidance relating to the space. Legal assistance focuses primarily on compliance with regulatory norms and the construction of appropriate token models, as well as the legal implications of the contents in the whitepaper. The motivation behind Waves Lab comprehensive guidance appears to help projects navigate the treacherous and uncertain market of cryptocurrency.

Paytomat is a payments-system focused project that aims to connect merchants, buyers, and crypto teams, facilitating real transactions between these groups. It intends to make payments through cryptocurrency a reality. The presale for this project begins on April 2, 2018. The project has been funded with 100,000 WAVES tokens, which will be exchanged for its own tokens, PTI.

Yurii Olentir, the CEO of Paytomat, had this to say about the collaboration:

Participating in the Waves Lab is a great boost, backing us with funding and advisory support as well as the endorsement of an influential worldwide community. We chose the Waves platform because it’s very flexible and simple to work with. We easily customized our PTI token using the Waves smart contracts kit. The speed of transactions in this blockchain is lightning fast, which is also an important factor for the user experience of our community members. 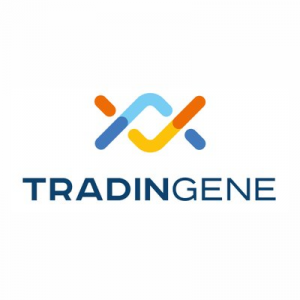 Currently, trading algorithm platforms are either not very sophisticated or are expensive to design and implement. Their website includes an example of such a trading algorithm. This allows potential investors to make easy, one-click investments that operate on proven strategies and lets those familiar with cryptocurrency monetize their knowledge.

The team has also created over 2,000 ready-to-use trading algorithms. The ICO for the project will launch on the May 16, 2018.

Sergey Kuzmin, the COO and co-founder of Tradingene, believes that WAVES is the ideal platform for launching its ICO, saying:

Whilst most ICOs nowadays use the Ethereum blockchain, Tradingene will employ the fastest and cheapest blockchain — the Waves platform — because we are not simply pursuing short-term benefits but thinking on a fundamentally different timescale. We want not only to make the product user-friendly, but also ready for global scalability in the near future. The speed and cost of transactions for Tradingene users is an extremely important consideration. We want to provide our investors with uncompromising benefits and flexible functionality, and Waves as well as its satellite Waves Lab gives us the right tools to do this.

Digilira is a Turkish company that wants to let users convert the nation’s currency, Lira, into cryptocurrency tokens called WTRY. Like Tether, it is backed in a 1:1 ratio by Turkish Liras. The token was made available on December 11, 2017 and has already seen over 10 million Turkish Liras deposited. Digilira is distinct from Paytomat and Tradingene in that it is serving as a gateway for a nation to adopt cryptocurrency.

Indeed, Vitaliy Tsigulev, the COO of Waves Lab, feels strongly about how Digilira gives a local community access to cryptocurrency:

The Digilira project should be singled out separately, because we believe this is an excellent example of uniting the active local Waves community, thanks to which residents of the whole country have more ways of accessing the cryptocurrency markets.

Waves Lab is working with the project to open gateways for more cryptocurrencies. It now allows Turkish citizens to buy Bitcoin, Ethereum, Litecoin, Zcash, WAVES, and other currencies with the Turkish lira.

Waves Lab was launched in December 2017, with the goal of helping pre-ICO projects receive the funding and guidance they need to disrupt various fields with blockchain technology. Waves Lab has received around 100 applications in the following month and likely many more since. The formal selection of the aforementioned projects confirms a surge in blockchain projects and incubators in the space over the recent months.

Thomson Reuters, the media heavyweight behind Reuters, has also formed an incubation unit for blockchain projects and other fintech services. The founders of the NEM project, the NEM Foundation, has also tied up with the Australian organisation Blockchain Global to launch a Blockchain Center in Kuala Lumpur. The Dragonchain project plans to launch its own incubation platform, focused on smart contracts and related services. What catches the eye is that several of these incubators are focused in Asia, specifically South East Asia.

In a space where shady marketing and disingenuous sales tactics are rife, good funding and accountable actions are notably absent. Incubators will offer genuine projects the chance to build their products and services while being monitored.

Waves is an off-shoot of the Waves Platform, an Ethereum competitor that claims to be faster, operates on a Proof-of-Stake consensus and features a decentralized exchange. It is an open blockchain platform that wants to make the process of launching, distributing, and using cryptocurrency tokens easier. A recent roadmap release describes an agenda that includes atomic swaps, messaging, and Turing-complete smart contracts.

Teams and projects that wish to be considered for incubation through Waves Lab can send in their applications here.