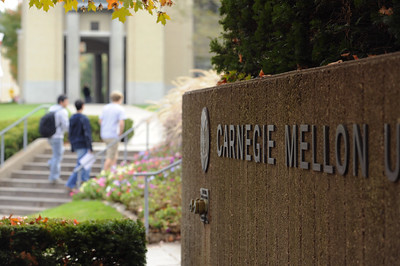 Nikolai Mushegian, a former chief architect for the MakerDAO project, has donated $1.4 million worth of MKR tokens to Carnegie Mellon University to fight the flood of blockchain patents he fears will drown innovation.

A private research university on par with MIT and Stanford, Pittsburg’s Carnegie Mellon will use the 3,200 MKR to support blockchain-based distributed finance design.

Mushegian, who graduated from CMU with a bachelor’s in computer science in 2014, said in a blog post Wednesday that the funds will sponsor masters and doctoral students in key areas of research, such as algorithm design and game theory, to further the field of decentralized finance, or DeFi for short.

“Over the next few weeks we will set the research agenda and publish a concrete plan of action,” he wrote.

Mushegian has also “informally committed” to donating another 6,800 MKR tokens over the next one to three years. That’s currently worth about $3 million. He warned against speculating on what those coins would be worth at that time though.

“You definitely shouldn’t use the current market price for those future donations,” he told Modern Consensus, adding that these are just funds he has set aside. “In theory, I could change my mind,” he said.

Mushegian has two motives for the donation. First, he wrote in his post, he believes it is simply “good karma” to give away the money. Second, he admitted to being “very concerned” about what he called “increasing rent-seeking behavior” from banks and tech giants.

The pace of blockchain patents sought has been growing rapidly, meaning more and more blockchain technologies and tools are off-limits without paying the patent holder for permission to use them. In 2017, about 3,700 blockchain patent applications were filed in the U.S, according to patent law firm Harrity & Harrity. Despite the Crypto Winter, 8,200 were filed in 2018, the firm reported.

“I think software patents do not reward innovation, they reward bean counters,” he told Modern Consensus.

Mushegian said he fears that “the big banks and tech giants quietly watch and patent the marginal improvements, which the real innovators just skip over because they think it’s too obvious.”

He gave the example of patenting sending cryptocurrency over email.

Mushegian didn’t specify how he intended to keep any technology the Carnegie Mellon researchers create open source. He did say that some of the details of the sponsorship still need to be sorted out.

MakerDAO, an open source project built on top of Ethereum, was one of the central projects in last year’s decentralized finance boom. It was behind DAI, a multi-collateral stablecoin that officially went live in November.

MakerDAO’s main cryptocurrency is the DAI. The project is also behind MKR, a separate token that plays a complicated role in governance and keeping the value of DAI pegged to $1. However, unlike DAI, MKR is anything but stable.

On the contrary, it has seen huge fluctuations in price since its entry into the world in early 2017. For instance, MKR climbed to a high of $1,600 in January 2018 before dropping to a low of $325 in November 2018, according to CoinMarketCap. Currently, it is worth about $420, according to research firm Messari. In April, it was just shy of $820.

Mushegian knows a thing or two about stablecoins. According to his website, he worked on the core mechanics of the original contract system specifications for the DAI stablecoin system.

“You could call me the technical co-founder and/or chief architect,” he told Modern Consensus. “We had a culture where we didn’t really use titles though.”

He cut his teeth in stablecoins in 2014, when he worked on Bitshares, a project started by Daniel Larimer, who is currently CTO of Block.one, a company involved with the development of the cryptocurrency EOS.

“I joined the bitshares team after graduating because I was excited about bitUSD,” said Mushegian.

The first stablecoin ever created, BitUSD is a crypto-backed stablecoin issued on the Bitshares platform.

“Any students or researchers who are interested should just DM me for now,” he tweeted. “I’m particularly interested in people looking to do a thesis in algorithms or game theory.”