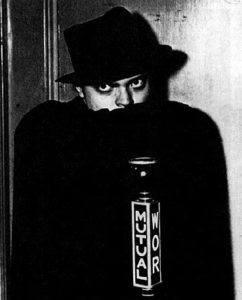 Users of a cryptocurrency forum are claiming that a “core advisor” to Dash and maintainer of one of the network’s “masternodes” has disappeared with user funds.

The advisor, known only as “Moocowmoo” reportedly told concerned users of his “shared masternode service” in August that he would be, “shutting down his service and apologizing for being in the dark for so long.”

“So, to address the stress, I’ll be shutting down shares and sending back all deposits to their origination addresses within a week or two as time permits,” Moocowmoo wrote at the time.

However, Dash forum participant “Erulian” claims that there was no follow through on that promise. “(It) was quite a relief for me after trying to get my money earlier. Since then I never heard from him again.”

Another forum participant, “Scombo,” claims to have also lost money to Moocowmoo:

“You can add me to the list – I have been trying since September to get a response from him. I hope we can get some more details together as well, I have asked a number of people on discord if they have any details or can help but nothing so far – I will keep trying. so far I have asked @btcbookstore, @zzz, @unchained and a few others . Beware though I suspect an impostor is sending messages from his moocowmoo handle asking for a payment to release the dash. Also might be worth involving the Dash core group as this reflects really badly on dash, particularly as he was a prominent member of the team.”

Bitcoinist, which broke the story, located a tweet in which a member of Dash’s Core Group appears to advise Scombo to assemble a team and deal with the situation him or herself. “There is power in numbers,” the party tweeted.

Senior Advisor for Dash Core Group (@Dashpay), owner of a “Masternode Shares” service, disappears with the funds of several Dash Investors.
Dash Core Group tells users to figure it out themselves: “there is power in numbers”.@CoinSpice @coindesk @fluffypony pic.twitter.com/uiuvt9AlJL

A twitter user called George Donnelly tweeted that there has been:

“Lots of posts in r/dashpay about the moocowmoo @masternode_me thing over the last year…Still looking for Dash Core Group inc @Dashpay to issue a statement strongly condemning this, warning away investors and using its resources to aid victims Does DCG care??”

“(A) masternode is an online computer that runs a dash wallet helping the network make important decisions, such as locking transactions with InstantSend, coordinate mixing of coins, and voting on budget funding. A masternode is required to have 1000 Dash as collateral, a dedicated IP address, and be able to run 24 hours a day with minimal connection loss. 45% of the block reward gets paid to masternodes on every block, which is then distributed to masternodes one at a time.”

Presumably because of the large collateral needed to stake a masternode, some parties invest via shared masternode services such as the one offered by Moocowmoo.

Regarding the matter, ene cryptotwitter pundit commented that “decentralized” crypto networks, while having the advantage of being “undesirable” because their is no central boss also have a culpability problem.

Dash.org has been contacted and any comment will be appended to this article.