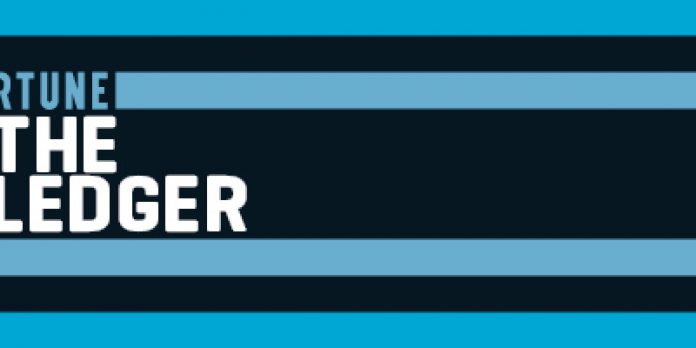 Ben Franklin said nothing in this world is inevitable but death and taxes. Did cryptocurrency fans think things would be different for them? On Friday, the IRS caused a mini-shockwave by announcing it had sent out 10,000 warning letters to crypto owners.

The letters come in three flavors. The first is a friendly version, saying anyone who didn’t report crypto earnings should file an amendment. The second is more serious, warning recipients they might be in violation. The third is downright scary: It demands a response and requires recipients to sign a statement under pain of perjury. Yikes.

None of this comes as a surprise, though. The IRS has for years been revving up its crypto investigation, which has included a well-publicized tussle with Coinbase that saw the agency issue over 14,000 subpoenas.

The letters are also just the tip of the iceberg, according to Katya Fisher, who leads the blockchain practice at the law firm Greenspoon Marder. She says the crypto industry has been fixated by the SEC, and overlooked the power of the IRS, which is a much bigger agency, and one that is working hand-in-hand with the U.S. Justice Department. Fisher expects the IRS to give the same treatment to the crypto industry as it did to Swiss banks several years ago, rooting out hideouts where Americans stored money without paying their taxes.

It’s hard to argue with the proposition that people should pay their taxes. But in the case of crypto, there are legitimate frustrations over the IRS, especially its failure to address grey areas such as overseas accounts, and capital gains on crypto-to-crypto transfers. There’s also the question of tiny transactions. Many people, including me, have used Bitcoin to pay for a coffee or send small amounts to a friend in order to learn how the technology works. Do we now face an IRS audit if we didn’t report those transactions?

Probably not. According to Fisher, the IRS is likely focused on whales—crypto millionaires, miners, and those who conducted ICOs and didn’t report the proceeds. That’s probably not you. (If it is you, Fisher has some helpful suggestions about what to do next).

The bigger problem here remains the lack of guidance from the U.S. government. The IRS last issued formal instructions on crypto in 2014, and despite promising more guidance several months ago, it has yet to deliver. Meanwhile, bigger solutions—such as a de minimis exemption for small transactions or an amnesty for low level transgressions—will have to come from Congress. Some Members are trying in the form of The Token Taxonomy Act, a bill with bipartisan sponsors, including Democratic Presidential candidate, Tulsi Gabbard. Unfortunately, the bill appears stalled for now and faces an uphill battle to see a full vote before the next election.

The upshot is that the current tax and legal morass is likely to continue unless crypto enjoys a breakout political moment, perhaps in this week’s primary debates. (Try to speak up this time, Andrew Yang!). The absence of such a breakout would be a shame not just for nervous taxpayers, but for U.S. innovation as a whole. More news below.

What Separates the Hacks and Hack-Nots By Robert Hackett

How high can savings rates go? On the latest Balancing the Ledger, Robert and Jen talked to Betterment founder and CEO Jon Stein who shared details of his company came to offer up an industry-leading 2.69%. Watch here.

Sketchy ICOs often go to remarkable lengths to impart an air of respectability to their project. Now, an Asian-based ICO called MCG Token may have one-upped them by hiring actors to appear in marketing material. The kicker? The actors are named “Springsteen Brain” and “Abercrombie.” h/t @nic_carter for the funny thread.

Are Ethereum’s alt-coin days over? For years, a jolt to the price of Bitcoin triggered a synchronous response in other cryptocurrencies. More recently, though, Bitcoin has become more untethered to so-called alt-coins—its price less correlated to those coins, even as those coins remain highly correlated with each other. New research from crypto prime dealer SFOX shows this trend, but also suggests that another cryptocurrency—Ethereum—may be breaking away from the alt-coin pack:

While many sources have noted the increase in Bitcoin’s market dominance, few have observed the fact that BTC’s current correlation with ether (ETH) is markedly higher than its correlations with other altcoins, and has been so throughout the month of July. This may support the idea that Ethereum is coming into its own as a blockchain that is publicly recognized as an asset on its own terms, much like Bitcoin. If this trend continues, it may become inappropriate to categorize Ethereum as an “altcoin” on a par with other cryptoassets that are not Bitcoin.

We hope you enjoyed this edition of The Ledger. Find past editions here, and sign up for other Fortune newsletters here. Question, suggestion, or feedback? Drop us a line.