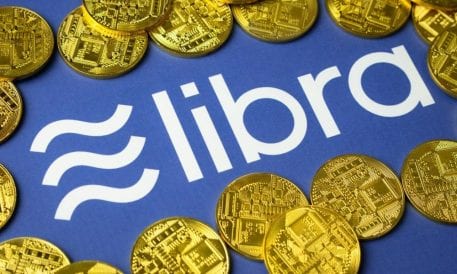 If one is going to hold a wake, Geneva’s a picturesque place to do it.

Well, perhaps the Libra project is not dead. Today (Oct. 14) may mark a vocal show of support from the 22 companies left in the consortium behind the would-be cryptocurrency that seeks to remake the global financial system, fostering financial inclusion on a global scale for more than 1 billion individuals. Maybe there will be a closing of ranks, and maybe new partners will sign on beyond the intrepid 22 left. Anything is possible.

The question remains, of course: Who, if anyone, will — or even can — fill the vacuum created by the exodus of marquee names, vital not just for Libra’s legitimacy, but crucial to its very operation?

The remaining founding members of the Facebook stablecoin project are slated to attend a meeting today in Geneva, Switzerland — which comes on the heels of a terrible, no good, very bad Friday (Oct. 11) that saw a mass exodus. Five firms withdrew from the Libra Association, a roster that included Stripe, Visa, Mastercard, eBay and Mercado Pago. They joined PayPal, which withdrew from the project earlier this month.

Might we assume that the running is done, and the die-hards are all in? After all, the companies attending the meeting are expected to commit to Libra, and it is assumed that this means financial commitment as well — to the tune of $10 million per firm, which is expected to shepherd the Libra coin into existence, and back the basket of reserve currencies to underpin the coin.

As the roster now stands at 22 companies, down from the 28 in place when Libra was announced in June, it seems that much harder to get to the 100 member companies envisioned for the promised 2020 launch — it’s difficult to grow membership that significantly when the roster keeps churning. The Geneva meeting is reportedly set to include a board of directors, and a signing ceremony.

The fact that the payment processing firms have bowed out is a less-than-great sign for the project, as there’s only one left: PayU. If Libra wants scale (and again, remember that the goal is scale that reaches billions of consumers), Visa and Mastercard are vital. To gain scale with businesses, Stripe and PayPal would have been good partners as well. In short, Libra must still work within the financial system already in place, but needed the know-how and legitimacy given by those players — as they provide the plumbing to operate globally, and might have been able to placate the increasing ire of regulators.

With the absence of PayPal, Stripe, Visa, Mastercard and eBay, Libra is robbed of technological know-how and ubiquity across P2P, B2B and, of course, cross-border payments. Losing eBay means deployment across a marketplace setting, global in scale, is a tougher hurdle. That financial inclusion argument? Consider the fact that Mercado Pago, the payment platform operated through Mercado Libre, seeks to — in its words — democratize commerce and “reduce economic gaps,” and focuses on Latin America. It seems clear that the firm, which said on Friday that it will “suspend” its Libra involvement, thinks there are other avenues through which to foster financial inclusion.

There’s also the financial hit that comes with the six members backing out. Since they were each expected to pony up $10 million each, that means $60 million is gone from the financial backing behind Libra. That’s a big chunk of the $280 million that ostensibly would have been committed to the project right out of the gate — a bit more than 21 percent. (One wouldn’t expect venture capitalists part of the remaining Libra base to fill the coffers single-handedly.)

The major payment firms left: the banks? They never signed on. Thus, the most vital members of the payments ecosystem are out of the running.

True, those gathering in Geneva have their own dominance and pull within their verticals, but they are not the verticals Libra needs to hit the ground running. These include venture capital firms (Union Square Ventures, Thrive Capital and Andreessen Horowitz among them), nonprofits and ride-hailing behemoths, such as Lyft and Uber. Some crypto players, like Coinbase, are there, too.

Funding the Libra wallet (Calibra) seems problematic now, as well as getting payments across those wallets. In addition, the door may be closing on the biggest or most well-known processing players.

The merchant side of the equation is problematic, too — with the only marketplaces, thus far, tied to the ride-hailing firms, Spotify and FarFetch. A crypto that can be used only for transportation, music and luxury fashion retail pales next to the goal of reaching billions of people worldwide.

The door may be effectively closed to the infrastructure players that Libra needs coming back into the fray. After all, as the letters sent to Stripe and others from U.S. Senators Sherrod Brown and Brian Schatz stated, “If you take this on, you can expect a high level of scrutiny from regulators, not only on Libra-related payment activities, but on all payment activities.” That scrutiny has been absent without Libra thrown into the mix, so payment firms of all types are likely to want to keep the status quo.

The idea that Libra may find footing outside the U.S. has been hobbled by the recent news that the European Union will debut legislation to regulate Libra, with an eye on keeping the euro as the dominant currency in the region. France and Germany have said that Libra should outrightly be blocked.

There can be no network effect when one can’t build the network.

In a series of tweets following the mass exodus on Friday, David Marcus, head of Calibra for Facebook, wrote, “I would caution against reading the fate of Libra into this update. Of course, it’s not great news in the short term, but in a way, it’s liberating. Stay tuned for more very soon. Change of this magnitude is hard. You know you’re on to something when so much pressure builds up.”

We’re reminded of that joke where the little kid, presented with a room full of excrement, grabs a shovel and starts digging. “There’s got to be a pony here somewhere!” he cried.

Chalk it up to optimism that Libra — with membership dwindling, with cash commitments not forthcoming, with a grand vision, but no concrete roadmap to get there — is on to something.