Lagarde: Finance Should Be More Open To Crypto 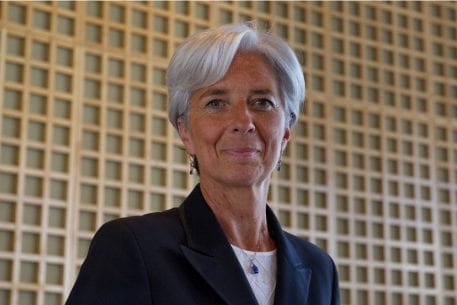 International Monetary Fund (IMF) Chair Christine Lagarde said financial supervisors and central banks should be more open to cryptocurrencies, even as they protect consumers, according to reports.

“In the case of new technologies — including digital currencies — that means being alert to risks in terms of financial stability, privacy or criminal activities, and ensuring appropriate regulation is in place to steer technology towards the public good,” Lagarde said. “But it also means recognizing the wider social benefits from innovation and allowing them space to develop.”

Lagarde is a candidate for president of the European Central Bank (ECB), and she made those remarks to the Economic and Monetary Affairs Committee of the European Parliament.

Lagarde also said that as president of the ECB, she would make it a priority to ensure the agency is agile, inclusive and diverse. And she said she would focus on a rapid adaptation to a changing financial landscape.

She has recently said that cryptocurrencies are “inevitable” and actually necessary around the world. She also said that people innovating in the blockchain field are “shaking the traditional financial world” and affecting legacy financial institutions in a real way.

If she is elected, Legarde would become the first woman to run the ECB.

While Lagarde doesn’t carry a pedigree in central banking like the institution’s current chief Mario Draghi, who spent nearly eight years at the ECB, she is “likely to take an expansive approach to both conventional and unconventional monetary policies that could support growth in the eurozone,” said Eswar Prasad, a former IMF economist who is now a professor at Cornell University.

Lagarde, a former French finance minister, would be effective in building consensus, said Prasad, “but whether she can provide the sort of visionary and creative technocratic leadership that Draghi brought to the job remains to be seen.” Draghi’s term ends on October 31, 2019.