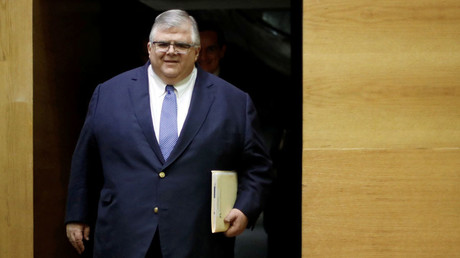 The cryptocurrency bitcoin is “a combination of a bubble, a Ponzi scheme and an environmental disaster,” according to Agustin Carstens, the head of the Bank for International Settlements (BIS).

He called on central banks to clamp down on bitcoin and other cryptocurrencies to stop them “piggybacking” on mainstream institutions and becoming a “threat to financial stability.”

Talking at the Goethe University in Germany on Tuesday, Carstens said: “To date, many judge that, given cryptocurrencies’ small size and limited interconnectedness, concerns about them do not rise to a systemic level.”

“But if authorities do not act pre-emptively, cryptocurrencies could become more interconnected with the main financial system and become a threat to financial stability,” he added.

A former head of Mexico’s central bank, Carstens acknowledged that many of the world’s main central banks have closely examined the potential to transform their own operations using blockchain technology, or distributed ledger technology (DLT), which underpins cryptocurrencies.

“In practice, central bank experiments show that DLT-based systems are very expensive to run and slower and much less efficient to operate than conventional payment and settlement systems.”

According to the head of the BIS, the current fascination with cryptocurrencies “seems to have more to do with speculative mania than any use as a form of electronic payment, except for illegal activities.”

He warned that “authorities are edging closer and closer to clamping down to contain the risks related to cryptocurrencies,” adding it was “alarming that some banks have advertised ‘bitcoin ATMs’ where you can buy or sell bitcoins.”

“If the only ‘business case’ is use for illicit or illegal transactions, central banks cannot allow such tokens to rely on much of the same institutional infrastructure that serves the overall financial system and freeload on the trust that it provides,” said Carstens.