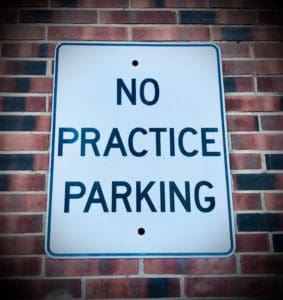 A judge in the state of Washington has denied a cryptocurrency trader’s petition to prevent the Internal Revenue Service (IRS) from accessing records of his 2016 trades at the Bitstamp cryptocurrency exchange.

Judge John Coughenour has, however, determined that the IRS’s original summons goes “overboard” and has ordered the IRS to file an amended summons. The current summons, in the meantime, cannot be enforced.

According to the judge, trader William Zietzke self-prepared his tax return in 2016 and reported $104,482 USD in Schedule D long-term capital gains from two Bitcoin trades made that year.

However, in 2017, Zietzke claims that, during conferences with an accountant regarding his retirement, the accountant noticed that the two trades were not, in fact, conducted in 2016 and were therefore not subject to the same degree of taxation.

According to the judge:

“Petitioner subsequently filed an amended return on August 14, 2017, that omitted the two transactions and thereby reduced his long-term capital gains in 2016 from $104,482 to $410…If correct, this reduction would entitle Petitioner to a $15,475 refund.”

Zietzke filed for the refund, which, “caught the IRS’s attention.”

The IRS studied Zietzke’s 2016 return and began an investigation.

During the investigation, the judge says, Zietzke told the IRS that he traded exclusively from a software wallet he managed and from two wallets hosted by Coinbase and by Purse.io.

However, the IRS found that Zietzke also had an account at Bitstamp that he did not tell them about. From this account, they determined, Zietzke conducted at least one Bitcoin transaction in 2016.

A summons was issued by the IRS seeking to access information from the Zietzke’s Bitstamp account, including public key information and blockchain addresses.

The judge concluded that the amended summons to be issued by the IRS must only cover transactions made by Zietzke in 2016 and, “may ask for information prior to 2016 only to the extent that the information is relevant to determining the tax implications of transactions in 2016.”

Zietzke has seven days after the new summons is issued to oppose it, and may, “oppose the proposed amended summons only insofar as it requests information that is not relevant to the tax implications of transactions in 2016.”

“As with many things in life,” the judge writes early in his decision, “cryptocurrency transactions have tax consequences.”