Is China’s Embrace Of Blockchain A Warning Shot To The West? 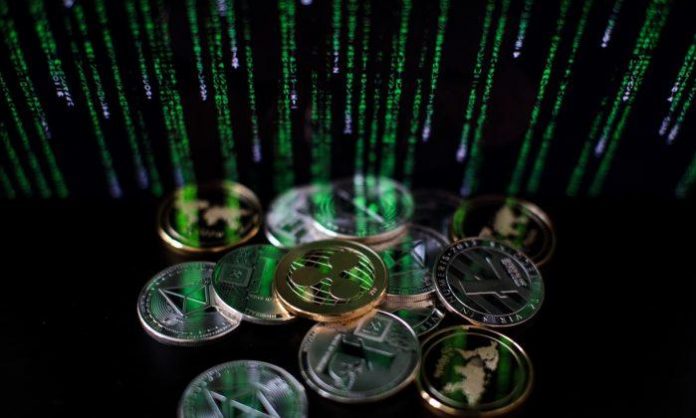 Authored by Fan Yu, op-ed via The Epoch Times,

China has high ambitions for its state-controlled digital currency.

I wrote two months ago that its central bank digital currency could be imminent. And since foreign adoption of the yuan has been tepid so far, the technology also represents a massive bid to accelerate the internationalization of yuan.

In hindsight, that timing was too aggressive. Beijing likely will introduce its digital currency within 12 to 18 months. China has also doubled down on its conviction. Recently, Chinese Communist Party (CCP) leader Xi Jinping further fanned the flames by extolling blockchain technology—which underpins cryptocurrencies such as Bitcoin—as a “breakthrough that can facilitate China’s progress.”

That endorsement prompted a rally in cryptocurrency prices, which was perhaps undeserved. But its effect on cryptocurrencies, the yuan’s global adoption, Facebook’s Libra project, and Western banking hegemony can’t be understated.

What It Means for Central Banks

China’s strong endorsement of a blockchain-based central bank currency and the West’s relative aversion to the technology opens an interesting new front in the growing U.S.–China technology rivalry.

And it’s a new front on which the United States may not be prepared to fight.

Developments in fintech, payments, and blockchain digital currencies are receiving support from the highest levels of the Chinese central government. The U.S. government—which seeded development of the internet in the 1960s via the ARPANET project—has so far shunned the technology.

Whether blockchain can be a successful technology underpinning global payments is still an open question. Current blockchain technologies still have speed and volume limitations. But what it allows China to do is bypass the dollar-based global banking system and intermediary banks.

There’s another application China is potentially working on. Max Keiser, the host of the Keiser Report, a financial news show on the Russian state network channel RT, recently suggested that China’s digital currency has even greater ambitions.

“I can tell you that the cryptocurrency that China’s rolling out will be backed by gold,” Keiser told Kitco News, a gold-focused website.

“It’s a two-pronged announcement. Number one, China’s got 20,000 (metric tons) of gold, and number two, they’re rolling out a crypto coin backed by gold, and the dollar is toast.”

What It Means for Crypto Market

Bitcoin prices jumped almost 16 percent on Oct. 25, the day after Xi made his pro-blockchain comments at a Politburo meeting on that technology. The Politburo is a body of 25 of the Party’s most elite officials.

But Beijing was quick to tamp down the correlation.

As of Nov. 3, bitcoin prices have declined slightly since that initial rally, and for good reason. Beijing’s affirmation of blockchain isn’t an affirmation of cryptocurrencies. Chinese authorities banned initial coin offerings and domestic cryptocurrency exchanges in 2017, and there’s speculation about a crackdown on cryptocurrency miners.

Any cryptocurrency market reaction to recent developments should be neutral to negative, as China’s state-controlled digital currency could become a legitimate competitor to existing cryptocurrencies.

What It Means for State Control

China has long argued that cryptocurrencies create chaos and disorder. Cryptocurrencies’ key benefits are hugely negative for the CCP: They can’t be centrally controlled and users must sell fiat currency (e.g., the yuan) to purchase digital currencies.

China’s state digital currency affords several benefits for the CCP regime. It’s a digital currency that it can control, the government can track where it’s going, and it’s a domestically developed technology that doesn’t rely on foreign entities.

Beijing undoubtedly has plans to use its digital currency to exert more control and surveillance on users. Unlike paper money, state-controlled digital currency can be used to track consumer spending extremely accurately and also to enforce strict capital controls. Its potential for surveillance is far greater than existing mobile payment apps such as WeChat or Alipay, which are owned by private Chinese companies.

Such tactics can easily be exported abroad, once foreign countries begin to adopt China’s digital currency.

The West doesn’t seem to have many viable alternatives. Cryptocurrencies inherently bypass central banks and therefore, are unlikely to be legitimized by authorities. Absent advancements in blockchain by Western central banks, Libra is perhaps the most logical challenger to China’s proposed currency.

Facebook founder and CEO Mark Zuckerberg argued in his remarks in front of the U.S. House Financial Services Committee on Oct. 23:

“China is moving quickly to launch a similar idea in the coming months. We can’t sit here and assume that because America is today the leader, that it will always get to be the leader if we don’t innovate.”

But the Libra project is having trouble getting off the ground as some initial corporate backers such as eBay, Mastercard, PayPal, and Visa have withdrawn their participation. And lawmakers have so far criticized the project as an effort by Facebook to gain more influence and improve financial returns.

During Zuckerberg’s testimony, he appeared to hedge his bet, conceding that Facebook and himself are perhaps “not the ideal messenger” given the circumstances. He described Libra as one “potential approach” to digitizing payments.

U.S. lawmakers are right to fear Facebook’s growing ambitions, and there must be other alternative solutions. One thing is clear: Beijing isn’t slowing down.