Inside China’s crackdown on crypto exchanges 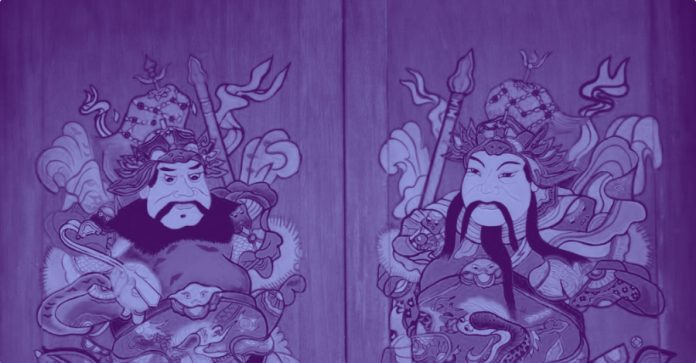 It’s pretty well known in the west that China has been hammering crypto exchanges, again, in the worst crackdown since 2017. According to government mouthpiece Xinhua, more than 500 people have been arrested, and more than 300 crypto influencers’ social media accounts have been shuttered.

But a lot of the recent reporting fails to capture the nuances of what’s really going on there, and why. The idea that the Government is at war with all crypto exchanges is simply not true. Some, such as Huobi, in fact, are actually benefitting from the Government’s good graces.

So what’s going on there? This special Thanksgiving edition of Da Bing will try to feed your head.

“You are not running a good ponzi business if you are not on MXC, aka Matcha Exchange.” (没有上抹茶的项目方，都不好意思说自己是搞传销的.)

This is actually an expression often heard in the Chinese crypto community. While many in the west are familiar with the Big 3 exchanges in China  (the so-called “HBO” of Huobi, Binance, and Okex) a smaller exchange, called MXC, is more typical of the kind of site that has captured the public’s—and the Government’s—attention.

MXC, which launched in Sichuan in early 2018, describes itself as “more than just an exchange” and claims to be “the world’s leading assets trading platform.” Though the site is available in different languages and claims to be used by investors in 70 countries, it was believed to be especially popular with Chinese retail investors in the third- and fourth-tier cities, where investors are relatively unsophisticated.

The site famously ran a competition to come up with its Chinese nickname among the crypto community, and the winner was given a prize. The moniker “Matcha” won, in part because matcha tea is green, an auspicious color indicating a bullish market.

Birth of the “Resonance token”

MXC gained notoriety via its VDS token project, whose value rose 5,137% in two months. It then crashed to almost nothing, immediately after its peak. It was considered to be a classic pump and dump, well covered as such by the press in China.

Notably, VDS is traded differently from traditional tokens. It created the first so-called “Resonance (共振)” token, a model wherein investors must first deposit mainstream tokens, such as BTC and ETH, in a VDS wallet, in exchange for VDS tokens. While that is, of course, similar to typical token trading, here the trading price is portrayed as VDS “resonating with,” say, BTC or ETH. The earlier you get in, the more VDS tokens you can get in exchange for your 1 BTC or 1 ETH. That dynamic created a kind of psychological effect where people rushed to open VDS wallets and deposit BTC in exchange for the VDS Resonance tokens.

Why would anyone trade valuable, real crypto for fake tokens? The exchange created a go-go-go! environment where unsophisticated retail investors felt time pressure to buy as early as possible. They didn’t understand that once the pumping ended, the dumping started.

According to the financial news site Caijing, 53% of MXC’s token projects reached their highest valuation on the first day of trading. Indeed, more than 53% of the projects lost over 90% of that peak value, with more than 70% trading below their initial offer price. Only very lucky investors—or, perhaps, people who were privy to the dumping schedule—made money.

MXC also “pioneered” a form of crypto “futures trading,” in which it listed IEO tokens that would debut on other exchanges—reportedy without the consent of either the projects, or the listing exchanges. According to its CEO and co-founder Eric Yang, this “listing by force” is MXC’s biggest differentiator.

That putative feature spurred a frenzy of trading before the tokens were even listed on other exchanges. At the peak of the phenomenon, MXC claimed that Facebook’s Libra would also be listed for “futures trading.”

By June, MXC’s trading fees had risen more than 800x compared to Sep 2018. The exchange was growing so fast that some believed Binance rushed back to China earlier this year because it felt threatened by MXC, and other challenges from other upstart exchanges, including  Biki and Biss.

We have reached out to MXC for comment, and will update this story if it replies.

Matcha’s story received plenty of negative attention in the press. With President Xi’s embrace of blockchain technology, the recent history of MXC and other, similar exchanges, raised unpleasant questions. How could blockchain be good, and yet people were apparently being hoodwinked by blockchain-based cryptocurrencies?

It was inevitable that the Government would step in. And it did.

“Recently, many people who have participated in ‘currency speculation’ have discovered that the quiet currency circle has begun to ‘boil’ again,” the story said, reminding readers that recent stories “clearly point out that some institutions absorb public funds by issuing so-called ‘virtual currencies,’ ‘virtual assets,’ and ‘digital assets,’ infringing on the legitimate rights and interests of the public. This type of activity is not really based on blockchain technology, but is the practice of speculating on the concept of illegal fundraising, pyramid schemes, and fraud.”

It sounds like the same thing we continually hear among the “blockchain-not-Bitcoin” skeptics in the west, but enforced with a much heavier, regulatory jackboot. In recent weeks, the Government arrested 500 people, connected to some highflying exchanges, such as Biss. It shut down over 300 WeChat and Weibo accounts, including those that belong to Binance and Tron.

So is it curtains for crypto exchanges in China?

In fact, a closer look indicates that some of the bigger exchanges aren’t being affected at all.

Some of them are trying to find ways to cooperate with the Government, which might account for the frequent reports that Binance has been trying to find a way back into Shanghai or Beijing, as a law-abiding, regulation-following good corporate citizen. (It agreed to KYC regulations required by the U.S., and opened up an office in San Francisco recently, afterall.)

Huobi in particular is toeing the line, and established the first Communist Party Branch as part of its organizational structure. It’s also actively hiring party grandees as part of its process to legitimize itself.

That seems to be working especially well for Huobi, too. It’s nickname is the “red” exchange—the character for huo (火) is the same as for fire, but we extend it to mean “red,” too. Houbi has even been sanctified via an investment by the prestigious “ShuiMu QingHua (水木清华) BlockChain Fund,” from QsinghuaCapital, a fund dedicated to support alumnae from Qsinghua University,  whose alumni includes none other than Xi himself.

But the environment has turned toxic for the smaller, wilder exchanges, who are forced to choose between staying and facing disastrous consequences, or fleeing China.

MXC decided to leave China at the end of the summer. It withdrew its corporate license to do business in-country, and apparently decamped to Singapore. The BiKi Exchange also seems to have closed down, and its founder is rumored to have left China, presumably afraid of getting jailed, which was the fate of the heads of similar exchanges. Even IDAX announced that it’s leaving China—the CEO is also, coincidentally MIA, and perhaps running faster than the exchange itself.

Meanwhile, it’s obvious the Government is nervous about all these unsavory “air token” projects 空气币 (slang for scam project). And it will continue to rout these sorts of things from China. The bigger question though is the long-term fate of legitimate cryptocurrencies such as bitcoin and ether. With investments from the likes of the ShuiMu QingHua BlockChain Fund, it’s way too early to say that the Government has fully embraced “blockchain not bitcoin.” But it has made it clear that air tokens—and the exchanges that promote them—will vanish into the air. Or be suffocated.

Most Chinese Exchanges make money from the following fee structures:

[ Da Bing is a weekly round-up of the most important crypto-related news that happened in China last week.]