The Indian state of Karnataka, home to the country’s own Silicon Valley, is contemplating establishing a blockchain-based Intellectual Property (IP) marketplace based in Bengaluru (Bangalore)–a platform where innovators can patent ideas and then trade them to investors.

“We are also setting up a legal framework to protect Intellectual Property (IP). A blockchain-based IP registry will be formed to protect smart ideas for commercialising them.”

On the sidelines of the Bengaluru Tech Summit, the Director at PricewaterhouseCoopers Pvt. Ltd. Saurabh Bhattacharya highlighted that PwC, the world’s second-largest professional services firm, is involved with the Karnataka government in developing the blockchain-endorsed IP trading platform.

Karnataka government consultant and blockchain evangelist Bhattacharya stated that the upcoming blockchain-powered IP trading marketplace will streamline the patent-granting process for innovators. For now, investors can patent ideas in disciplines related to biotechnology, agriculture, and science and technology.

Once a patent is validated by relevant authorities, it will be available for investors to purchase using an inbuilt bidding system. Meanwhile, blockchain technology will ensure transparency and security is maintained at the highest level for the trading of intellectual property.

The revolutionary IP marketplace is planned to be operational in a month, subsequently facilitating direct interactions between innovators and interested patent purchasers. The platform allows investors to request permission to access the data of a particular patent, but granting such access is solely the choice of the patent holder.

“There will also be a provision for non-disclosure agreement (NDA) between the investor and innovator, which will ensure full confidentiality of the idea itself. There will be legal validation to this deal through an e-contract.”

Bhattacharya emphasized that as the platform is powered by distributed ledger technology there is no scope for manipulation. 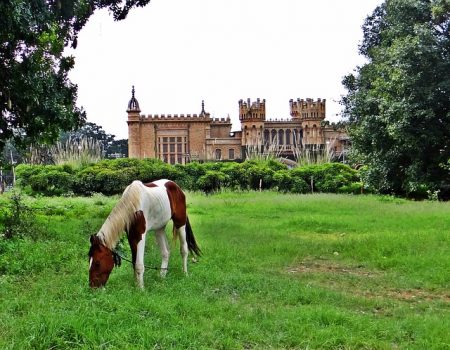 While the fate of cryptocurrencies in India hangs in the balance, the revolutionary blockchain technology is witnessing rapid adoption. Sreeram Ananthasayanam, Partner of Government & Public Services at PwC India, stated that over 84 percent of companies have a keen interest in using blockchain technology, claiming that over 15 percent of those have already initiated live projects.

Initially, fintech firms began embracing distributed ledger technology, but now it has forayed into other sectors, such as healthcare.

It was argued that organizations that are neglecting the groundbreaking technology will be left behind. The Indian government thinktank NITI Aayog has also presented a positive view of the technology. Recently, NITI Aayog joined hands with tech giant Oracle to test a blockchain-based pharmaceutical logistics system to combat counterfeit drugs.

Will India become the next blockchain hub? Share your views in the comments section below.