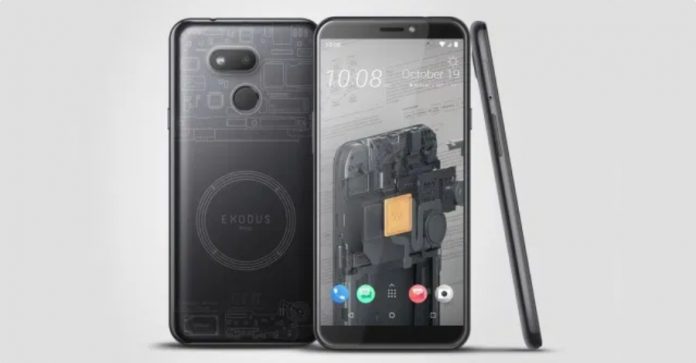 The Exodus 1s is a cheaper alternative to the Exodus 1, HTC’s previous blockchain smartphone released last year. The Exodus 1s will cost around $250, which some users will be able to buy using cryptocurrency–depending on where you are. According to the release, buyers in Europe and Taiwan will be able to pay in euros (€219) or the Taiwanese dollar (5990 TWD), as well as the equivalent values in BTC, ETH, LTC, BNB or BCH. Other markets have yet to be confirmed. But the $250 price is around a third of the cost of the Exodus 1, which costs 0.15 bitcoin, around $1,200.

“We are providing the tools for access to universal basic finance; the tools to have a metaphorical Swiss bank in your pocket,” said Phil Chen, decentralized chief officer at HTC.

The Exodus 1s is packed with new cryptocurrency features. Notably, it’s possible to operate a full node on the 1s, though users will have to buy a memory card big enough to store the bitcoin blockchain, which is currently around 250 gigabytes. HTC recommends if you’re going to do that, to have it connected to WiFi and be plugged into a power source. In an interview with Forbes, Chen said the phone does not currently support Bitcoin mining.

Like the Exodus 1, the 1s includes “Zion Vault”—a wallet that uses Trusted Execution Environment (TEE) software to temporarily isolate the operating system when signing transactions, an initiative designed to protect private keys and sensitive data. What’s new, though, is that developers can now build decentralized applications on Zion.

And like the Exodus 1, the blockchain-friendly phone also offers “social key recovery”, which lets a user’s contacts come to the rescue should the phone’s owner forget their keys.

The phone still runs the same—now somewhat dated—Snapdragon 845 processor as its predecessor. Its screen is also slightly smaller, at 5.6 inches.

For those looking to pick up the 1s, there may be a wait: HTC’s website currently lists the devices as “Out of stock”. The Exodus 1s will launch initially in Europe, Taiwan, Saudi Arabia, and the UAE.