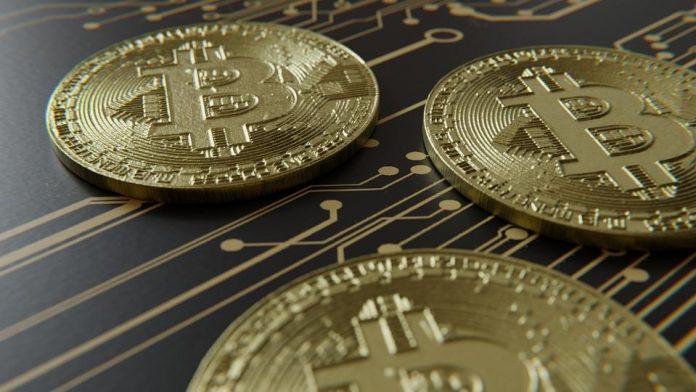 After nearly four weeks of sharps declines and sideways chop, the cryptoeconomy saw sharp 24-hour gains generally across the board on Thursday, December 20th. The acute surge came on a day of potent selloffs in U.S. stocks.

Not Even a Mouse Was Stirring, But the Cryptoeconomy Was

Amid the gloom of the bitcoin price sliding under $4,000 USD for the first time in 2018 late last month, many traders wondered when that price point would be seen again.

As of December 20th, the answer’s in: just less than one month later.

At press time, the bitcoin price is currently hovering around the $4,100 mark after reaching a high of $4,142 on the day, per crypto price tracker CoinBillboard.

Approximately, that price marks an eight percent rise in the genesis cryptocurrency’s value over the last 24 hours and an upward swing of nearly $1,000 from BTC’s price just five days ago.

The vast majority of the top 100 cryptocurrencies by market capitalization were in the green on the day as well, many markedly.

To Bear, or to Bull? And What About Stocks?

The question for now is whether the rally will just be a blip in a continued crypto bear market or whether the latest buy pressure in the cryptoeconomy forebodes the beginning of its bearish trend’s end. The former possibility seems more likely for now, but the verdict’s still out.

Curiously, the December 20th rise in crypto prices coincided with considerable selloffs in the U.S. stock market. Major stock indices like the Dow, the Nasdaq Composite Index, and the S&P500 were in the red again after this month has already shaped up to be the worst year-end performance for U.S. stocks since the Great Depression.

Many analysts are pointing to the Federal Reserve’s latest rate hike as the crux for why stock traders are getting spooked.

It’s an interesting point to consider, as the Fed recently warned that a de-risking economic environment could cause “historically” elevated asset prices to plunge. One can reasonably assume that such de-risking would affect riskier assets in general like both stocks and crypto, but notably on Thursday stocks were down and coins were up.

A single day performance is far from conclusive, of course, but the temporary disparity does suggest de-risking — or the lack thereof — is a thread worth tracking in the months ahead, wherever it goes.

The ‘What Gives’ Angles

In the cryptoverse itself, the debates are already beginning as to why there’s been a sudden burst of green after several weeks of sharp declines and sideways markets in the cryptoeconomy.

Commenting to Bitsonline, Mati Greenspan, a Senior Market Analyst with cryptocurrency exchange eToro, theorized the acute buy pressure was specifically resulting from a temporary surge in the closing of crypto short positions.

“The only explanation I can give is that this rally is all about short covering,” Greenspan said.

“Especially after the short squeeze we saw on Monday, yesterday’s action is simply a continuation of that. Markets are made of people and it’s likely that most people will be looking to reduce their exposure before the holidays. Over the last few weeks, there have been a lot of high leveraged short positions building up and when those sell positions are closed, it creates upward pressure on market prices.”

Others, like Snark.art blockchain art laboratory co-founder Misha Libman, have come out and argued it’s unlikely there’s any one single cause driving crypto’s current and acute upward swing.

“Ultimately, we are dealing with a new technology and new asset that is highly speculative, illiquid, and elusive, and drivers for its rise and fall is anyone’s guess and can be attributed by the media to anything from Federal Reserve’s interest rate hikes to SEC regulations to market fever,” Libman told Bitsonline.

“But without a doubt I believe that blockchain and cryptocurrencies have a place in our future and the roller coaster volatility that we are seeing today is something we are going to have to live with for a while until we will start using crypto to buy chewing gum.”

The grand question for now, then, is where the cryptoeconomy and bitcoin go from here in the short-term: up, down, or sideways. Again, that remains to be seen.

What’s your take? What do you personally forecast for the bitcoin price and the cryptoeconomy in 2019? Let us know in the comments section below or on Twitter.