Grin and Beam: A Tale of Two Coins Being Built on Mimblewimble 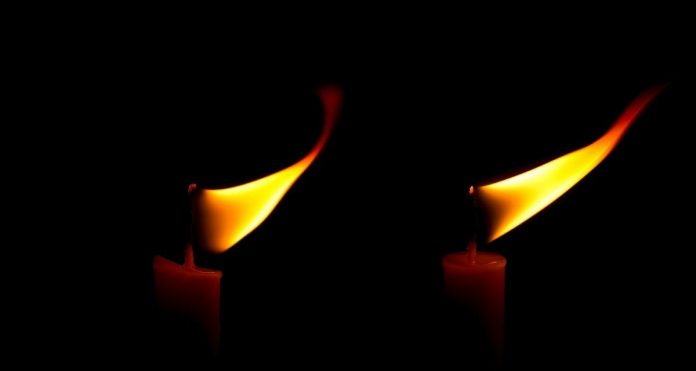 Mimblewimble is about to go live – not in one, but in two distinct implementations.

On Dec. 25, and Jan. 15, respectively, two different networks – dubbed Beam and Grin – are expected to launch, each offering slightly different custom builds of the privacy-oriented protocol.

“So far, privacy has always been introduced at the detriment of scalability. We’re changing that,” the pseudonymous Grin developer, known as “Ignotus Peverell”, told CoinDesk.

First proposed in 2016 by an anonymous cryptographer called “Tom Elvis Jedusor” – loosely named after the Harry Potter book series’ arch-villain, Voldemort – the tech was designed to solve privacy and scalability on the world’s largest blockchain, bitcoin.

The first implementation of the tech, Grin, began being coded in late 2016. In March 2018, it was joined by Beam, an Israel-based startup that’s offering a slightly different interpretation of the technology.

An atmosphere of friendly competition between the two has taken shape since Beam’s announcement – though it’s occasionally tipped into outright resentment from each side.

Whereas Grin followed a highly principled, cypherpunk ideology – including no token premine or ICO, as well as volunteer-based development – Beam sought VC funding and hired a team of developers to work on the software full-time, allowing it to speed ahead of Grin in its implementation.

Subtle differences in the design choices hint that while Grin maintains an emphasis on community-driven decentralization, Beam stands out for its sharper business sense.

Still, developers are urging on each side that due to their differences, and the two implementations will continue to co-exist – and even complement one another other. And both expressed a will to overcome the community tribalism that exists in the industry.

“We share a common goal which is to implement Mimblewimble in the most robust way possible.”

What the designs have in common is their basis in the privacy-oriented protocol, Mimblewimble.

Stepping back, Mimblewimble was named after the Harry-Potter tongue-tying curse due to its ability to fuse transactions together such that they become indecipherable.

“It’s a privacy-centric chain in a new format without any of the baggage weighing down previous coins,” summarized Grin developer Yeastplume.

Yet while they’re alike in this respect, there’s a host of differences between Grin and Beam as well.

Grin, which prides itself on its large community, has been under active development since 2016.

It stemmed from a community that formed organically around the tech following the announcement of Mimblewimble throughout 2016, and became closely associated with the underlying technology.

Beam, on the other hand, came later into the industry, entering the space in March 2018.

Speaking to CoinDesk, CTO Alex Romanov said that while Mimblewimble seemed to be the best choice for a privacy-centric protocol at the time, the Grin development team was moving slowly.

“Grin is structured as a research project. They do not receive any outside funding except for donations, they do it part-time, they’re doing it very slowly,” Romanov said.

When it formed, Beam was treated with caution from the Grin community. And that’s in part because, on its early days, Beam was not open-source, leading suspicion to build surrounding the project.

“No one knew what we were doing and when there is something that is hidden there is speculation going on,” Romanov said.

Nowadays, though, Beam’s code is public, and the two projects are feeding back on each other as well. For example, Beam even partially funded Grin’s security audit.

“Our projects take different approaches, but we’re collaborating and exchanging ideas daily. [Mimblewimble] tech can only get stronger as a result,” Grin developer “Yeastplume” tweeted in late October.

One of the most significant differences between the two cryptocurrencies is their different approaches to governance.

For example, Beam takes its example from privacy-centric cryptocurrency zcash, maintaining a corporate structure, and funneling a portion of the block reward into a Foundation to support the blockchain’s development.

“Beam is a professional effort to create a privacy coin, there is an alignment of incentives within the block rewards so that the project won’t die,” Romanov said.

In this regard, Grin takes a different approach, relying on a community funding model that is similar to the one utilized by the monero project.

And while it’s a less reliable income source, Grin sees this as an advantage that ultimately increases the security of the project.

“The project has a firm commitment to not engage in any ICO, pre-mine, founder’s rewards, or similar activities,” Yeastplume wrote in a statement, adding:

“We are not driven by profit or corporate interests. We’re open-source and community-driven by design.”

Beam has a heavy emphasis on usability, having built a simple wallet interface that is considered central to the project’s overall value-add.

“Having a GUI wallet and mobile wallet will increase adoption, increase number of transactions and usage and will thus increase the anonymity set,” Corem told CoinDesk.

In addition to being designed from a user-friendly perspective, the wallet boasts implementations in different operating systems, including MacOS, Windows, and Linux. Beam will also release a light client alongside its mainnet release, Coreum said.

Grin, however, currently only offers a command-line wallet, and is less accessible for non-technical users.

“We’ll have a fairly well-tested MimbleWimble chain and a relatively stable and tested command-line wallet out, with all sorts of features in varying states of development to assist the community in creating unique transaction exchange solutions and other crucial infrastructure,” Yeastplume told CoinDesk:

“It’s still very much aimed at a technical crowd, and will be very much ‘use at your own risk’, especially in the early days.”

And while there are slight architectural differences, perhaps the most notable difference between the two cryptocurrencies are their economic models. In particular, Beam sees itself as a “store of value” coin that has a fixed issuance schedule akin to bitcoin.

“We wanted to create a confidential store of value coin, the emission to be limited,” Romanov told CoinDesk.

By contrast, Grin’s monetary policy is unfixed. Currently, a new token is issued every second, though this will decrease periodically every ten years. This is due to the project’s belief that sustained issuance will stabilize the value of the currency.

“We want Grin to be a currency, not a ‘store of value’ (whatever that actually means in the ridiculously volatile crypto space),” Yeastplume said.  “We want to encourage use, and we don’t want to unfairly reward early adopters with an arbitrary deflationary halving schedule.”

The projects also have slightly different attitudes to mining, or the process by which new transactions are added to the blockchain.

Each project deploys a slightly modified version of Equihash, and both have committed to changes in order to manage highly-optimized, application specific integrated chips, or ASICs.

Within the next two years, Grin intends to do regular software changes to block the use of ASICs. After this, it will swap to a more ASIC-friendly proof-of-work algorithm, with the belief that after two years, ASIC hardware will have become more affordable.

Beam has announced a similar strategy. However, it only intends to keep the ASICs at bay for a 12 month period, giving the GPU miners a “head start,” Corem said.

For both cryptocurrencies, the launch of their mainnets represents only the first step.

“The long term vision is to be the best digital money there is, and with some more work I know we can get there,” Ignotus Peverell told CoinDesk.

Both cryptocurrency projects have plans to implement new and experimental features. For example, Beam cited its plans to integrate with BOLT, the privacy-centric lightning implementation, as well as adding atomic swaps and other features.

“Launch is just another milestone in Grin’s lifecycle, and a relatively early one at that.”

Yeastplume cited “tentative plans for enhancements,” while Peverell said that “we have tons of improvements in usability, scalability and privacy in mind.”

For example, concerns that both implementations may potentially be vulnerable to machine-learning analysis – due to the design’s failure to conceal inputs and outputs – are also under discussion.

While both teams currently implement a privacy feature named Dandelion to better conceal these potential leaks, there may be other experimental efforts that can be concluded as well going forward.

To support such changes, both cryptocurrencies will undergo regular system-wide software upgrades, or hard forks, in their early days.

Peverell said that he hopes to see Mimblewimble implemented as trustless, privacy-centric sidechain for other cryptocurrencies, adding:

“Mimblewimble is putting the pressure on other cryptocurrencies to adapt and find the right tradeoffs, creating a net positive to the ecosystem.”

The headline of this article has been updated for clarity.