Gods Unchained hit by cyberattacks after stance against Chinese censorship 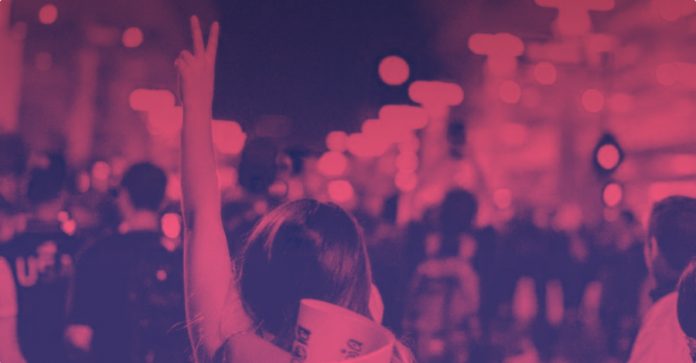 That did not go over well: It cost him $10,000 in prize money, and the tournament organizers booted him from the competition. Sensing a marketing opportunity, “Gods Unchained,” a blockchain-based digital card game in the same vein as “Hearthstone,” stepped in with an offer to pay him.

Now Immutable, the game studio behind Gods Unchained, says that it has been hit by cyberattacks since doing so. Tyler Perkins, Immutable’s vice president of marketing, told Decrypt that, as a result, some players have reported being unable to log into the game. “We’ve been able to fight these off,” he said, “but haven’t analyzed them in enough detail yet to paint a picture on their origin.”

Hong Kong is currently roiled by pro-democracy protests, as many residents have taken to the streets to fight a law that would allow those arrested in the semi-autonomous city to be extradited to mainland China.

China, taking a hard line against the protests, is fighting on multiple fronts, including social media, where it’s leaned on U.S. businesses to denounce pro-democracy sentiment. Recently, Daryl Morey, general manager of the NBA’s Houston Rockets, walked back pro-Hong Kong comments on Twitter after Chinese organizations threatened to orchestrate a boycott of the team.

The NBA’s response attempted to toe the line between supporting players and staff who express their views while not offending the massive Chinese fanbase for the NBA – one larger even than the American fanbase.

It didn’t work. Tencent, Vivo and, and state broadcaster CCTV severed ties with the league this week, with CCTV declaring: “We believe that any speech that challenges national sovereignty and social stability is not within the scope of freedom of speech.”

When dealing with the fallout from Chung’s interview, Activision Blizzard, an American company hosting the Asia Pacific Hearthstone Grandmasters tournament, chose to bow to Chinese censorship lest it wind up in hot water like the NBA. On October 8, it announced that Chung had been removed from the competition, thereby forfeiting his tournament winnings, and banned from competition for 12 months. It even fired the people who interviewed him.

The company cited competition rules, which state: “Engaging in any act that, in Blizzard’s sole discretion, brings you into public disrepute, offends a portion or group of the public, or otherwise damages Blizzard image will result in removal from Grandmasters and reduction of the player’s prize total to $0 USD.”

At this point, Gods Unchained and Immutable, though not involved in the controversy, chose to take a stand in the opposite direction. While Immutable is riding high after raising $15 million in Series A funding in September, its flagship game is still in beta with no tournament dates yet set. In other words, it’s in a much different place than Blizzard, which relies to some extent on China’s estimated $36.9 billion video game market.

In an October 8 tweet, the Gods Unchained Twitter account posted that “centralized games companies will censor and exploit their players if it is in their immediate financial interest” before noting that its market and economy cannot be censored. “Even if we disagree with your views,” it said, “we can’t take away your cards.” It invited players to join the game.

Moreover, Gods Unchained announced it would pay for Chung’s lost winnings and provide him with a ticket to upcoming tournaments. Immutable told Decrypt that Chung has contacted it privately to express his appreciation but has not yet confirmed he will accept the offer.

According to Immutable, many others have joined the Gods Unchained player pool. Immutable told Decrypt it’s had more than 10,000 new signups since posting the tweet. If the NBA drama is any indication, however, the attacks have just begun.