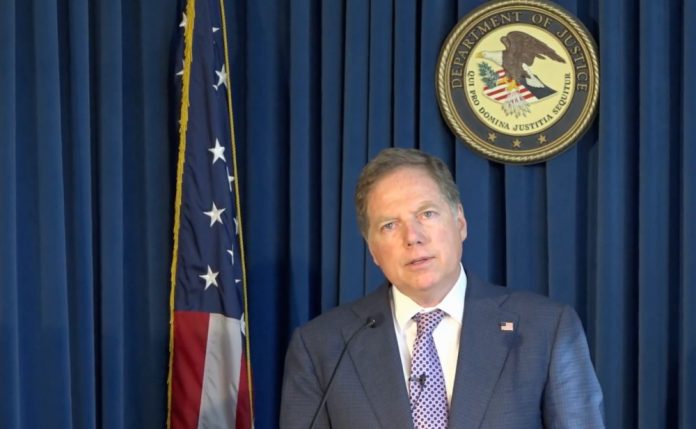 The man who is allegedly the mastermind behind cryptocurrency exchange Bitfinex’s missing $850 million is poised to cop a plea. What Reginald Fowler is getting—or who he is giving up—in exchange for pleading guilty remains to be seen.

Fowler was arrested on charges of bank fraud and operating an unlicensed money laundering business. He is accused of siphoning off at least $60 million of Bitfinex’s money as part of a scheme by Panamanian payment processor Crypto Capital Corp. to help the exchange access U.S. bank accounts under false pretenses. That happened after the banks cut off Bitfinex’s ability to get funds to and from U.S. customers.

Bitfinex said much of the rest of the money has been seized by U.S., Polish, Portuguese, and U.K. authorities.

On Dec. 19, Geoffrey Berman, the U.S. Attorney General for the Southern District of New York, informed Judge Andrew Carter that “it is anticipated that defendant Reginald Fowler will enter a change of plea at the next court conference before Your Honor.”

Fowler is facing more than 30 years in jail on the Crypto Capital charges. And that doesn’t take into account the sheets of forged $100 bills that investigators allegedly found when they raided his home.

Why Fowler is changing his plea will not be clear until the Jan. 10 hearing.

Plea deals are generally made in return for a reduced sentence. Prosecutors sometimes give deals to save the time and cost of a prosecution.

Another possible reason is that Fowler has cut a deal with prosecutors to turn state’s evidence on some co-conspirators in exchange for leniency.

That leads to the two principles of Crypto Capital, who are both in jail.

One, Oz Yosef, was arrested in April in the U.S. That was not announced until the October arrest of Crypto Capital’s president, Ivan Manual Molina Lee.

He was extradited from Greece to Poland on Oct. 25. Polish authorities have seized $400 million from a Crypto Capital account used by Bitfinex. Unfortunately, it was also used to launder money for an unnamed Colombian drug cartel, Polish authorities claim.

British authorities $304 million and Portuguese authorities $218 million, according to iFinex, the parent company of Bitfinex and its sister company, stablecoin-issuer Tether. The U.S. has announced it has seized $50 million.

Bitfinex released a statement saying that “any suggestion that Crypto Capital laundered drug proceeds or any other illicit funds at the behest of Bitfinex or its customers is categorically false.” The company added that it expects to be able to retrieve its funds from those governments.

Crypto Capital also did business with QuadrigaCX, the Canadian cryptocurrency exchange drained of $180 million before the sudden and suspicious death of founder Gerald Cotten in India. On Dec. 13, the lawyer for QuadrigaCX customers asked the Royal Canadian Mounted Police to have Cotton’s body exhumed and examined.

Fowler’s alleged actions set off a chain of civil litigation for Bitfinex and Tether.

This began when Crypto Capital’s losses left an increasingly desperate Bitfinex unable to process U.S. customers’ withdrawals. Bitfinex turned to its sister company, stablecoin-issuer Tether, for a loan of at least $700 million.

That, in turn, led New York Attorney General Letitia James to sue the companies for fraud.

That charge arose when James’ investigators discovered that the loan to cover Bitfinex’s missing $850 million forced Tether to reduce the amount of fiat currency backing USDT from its widely touted 100% to 74%.

Over the summer, iFinex lost a long legal battle claiming James had no jurisdiction, as Bitfinex had long claimed it does not do business with Americans. James’s office said there were ample connections to New York for the suit to go forward, and a judge agreed on Aug. 19.

James suit, in turn, led attorneys Velvel Freedman and Kyle Roche to file a $1.4 trillion (yes, with a “t”) class action lawsuit that essentially blames Tether and Bitfinex for the losses of 2018’s Crypto Winter. And demands triple damages.

Freedman and Roche sound familiar because they are suing nChain founder Craig Wright for half of Satoshi Nakamoto’s million unspent bitcoins. The brother of Wright’s late partner, Dave Kleiman, claims Wright stole his half of the cache of bitcoins mined in the early days of the Bitcoin project. That assumes Wright is Nakamoto, as he claims and many in the cryptocurrency community doubt.