Just a couple of weeks after coming out, blockchain gaming startup Forte has announced a big deal with Ripple’s Xpring cryptocurrency platform to invest $100 million in game developers who make games based on blockchain technology.

Kevin Chou, who led Kabam in mobile games and Gen.G in esports, announced in February that he had created a blockchain gaming company called Forte. Together with industry veterans such as Brett Seyler, Chou’s company is making a platform for adoption of blockchain technologies for new and existing games.

San Francisco-based Forte hasn’t announced its own funding yet, but it has money from investors including Marc Andreessen’s venture capital firm Andreessen Horowitz. Ripple will provide all of the $100 million to fund developers of games with blockchain, the transparent and secure decentralized ledger behind many cryptocurrencies.

The fund will operate alongside Forte’s platform technologies and include open-source solutions designed in collaboration with Ripple to accelerate the mainstream adoption of blockchain technology in gaming.

Above: Forte has funding from Andreessen Horowitz and numerous other firms.

“Blockchain technologies’ key innovations unlock vast potential for nearly all forms of digital interaction. Gaming is a $140 billion global industry driven predominantly by digital micro-transaction economies, which we believe will benefit immensely from the integrity and resilience of blockchain technology,” said Brett Seyler, chief platform officer at Forte, in a statement. “The industry needs solutions that can support these economies at scale with cross-chain interoperability.”

Chou and Seyler said in an interview two weeks ago that blockchain technology has the potential to improve game designs and help developers run better and more successful game economies, but for many developers it’s difficult to develop and deploy. Forte’s platform is meant to make it easy for developers to apply blockchain technology to their games, increasing engagement and monetization with their players.

Forte’s technology stack includes components designed in close collaboration with Ripple, namely leveraging the open-source Interledger Protocol with XRP serving as a base pair settlement and the container-based hosting solution Codius supporting seamless transactions across blockchains. By focusing on cross-chain interoperability out of the gate, Forte is setting the foundation for long-term, sustained consumer adoption of blockchain technology. Forte’s platform components blend this supporting technology behind easy to integrate components for game developers. I don’t know what that means, but the info is intended for developers that do.

“We are thrilled to partner with such a world class team of game industry veterans. Both Forte and Ripple have a shared belief that blockchain technology will have a massive impact on games, and that providing tools that are easy-to-use, chain agnostic and interoperable is a necessary step in driving scale consumer adoption,” said Ethan Beard, senior vice president of Ripple’s Xpring, in a statement. 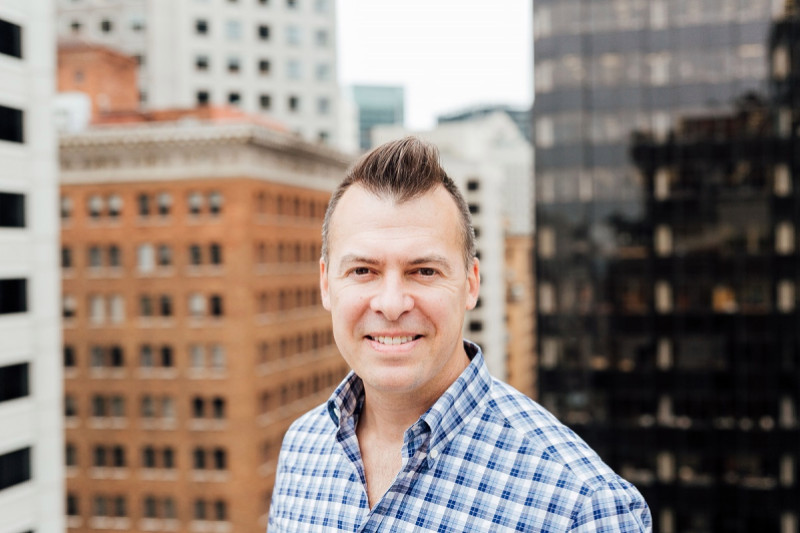 Above: Ethan Beard is senior vice president at Ripple.

One of Ripple’s rivals, Tron, has also started a $100 million fund to invest in game developers. Asked why Forte chose Ripple, a Forte spokesman said in an email, “Our partnership with Xpring starts with a technical foundation, and stems from our desire to support and create best of breed solutions across the entire blockchain ecosystem. The goal was create a crypto-based platform that would enable mainstream adoption and we’re aligned with the Xpring team that the future is interoperable. Our platform technology leverages open source projects Codius (for trustlessly hosting software services with performance computation) and Interledger Protocol (for facilitating cross-chain interoperability), as well as XRP which serves as a low cost, rapid settlement layer. These design choices were based on the merits of the architecture, technology and capability. The business relationship between Forte and Xpring emerged from this organic alignment.”

Forte is actively funding game developers that meet its criteria.

“We’re excited to connect with developers who are running live game economies with tens of thousands of daily active users or more and have an active interest in using blockchain technology to improve their business,” said Allen Ma, vice president of partnerships at Forte, in a statement.

Xpring is Ripple’s initiative to develop infrastructure and collaborate with innovative blockchain projects. Its aim is to create a robust community of developers,  entrepreneurs and companies who are transforming industries using blockchain technologies such as Interledger and XRP Ledger. Ripple’s vision is to enable the world to move money like information moves today, the Internet of Value. Ripple has more than 200 customers.