For IBM, Blockchain as ‘Team Sport’ 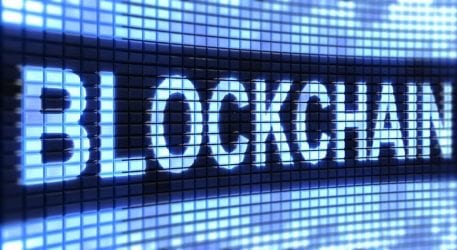 In the ongoing move to embrace blockchain, Facebook may have its allies. As reported, the social media giant has some support from IBM.

IBM has said it is “willing” to work with Facebook on blockchain, as noted by an IBM executive.

That executive, Jason Kelley, who serves as blockchain general manager, told CNBC that such efforts are a “team sport” and added that “our clients are ready to work with (Facebook) and we’re ready to work with all of them to bring it together. He said that a company such as Facebook can help bring more legitimacy to blockchain — yet he did not state whether IBM would look to join the Libra Association.

“Facebook’s Libra stablecoin could be key for Big Blue to realize its ambitions for applying its blockchain technology to the financial services industry,” said Coindesk.

IBM, for its part, has been developing blockchain known as Stellar, focused on cross-border payments. That comes in tandem with the launch of World Wire, which is an international payments system. There are World Wire payment locations across 72 countries.

Separately, other tech giants are getting into the blockchain fray. Cisco has, according to reports, selected a blockchain-based platform for its decentralized artificial general intelligence (AGI) project. The project, according to the site, is “a branch of AI that focuses on a computer’s ability to learn intellectual tasks. Whereas existing AI might learn to read characters on a page, for example, a true AGI system might intuit how to write the book.”

In tandem with the selection, Dr. Ben Goertzel, SingularityNET CEO, said, “The scale of the AGI deployments needed by a partner like Cisco is going to be tremendous, and we are working hard to make sure our AGI tools and our blockchain-based platform is up to the task.”

He also said in the statement that decentralized AGI is  “expected to provide tremendous commercial benefit to whomever develops it” …“this benefit may initially take the form of a generation of ‘Narrow AGI’ systems that infuse general intelligence into products in specific vertical markets like, say, advertising, medical research, computer networking or financial analytic,” he said, according to Coindesk.

In blockchain news related to the grid, a release this week stated that ComEd, one of the nation’s largest energy delivery companies, will link with Xage Security, Inc. to demonstrate how blockchain technology can enhance the security and operational efficiency of electric systems.

“ComEd is investigating how blockchain technology can provide operational and security benefits while enabling the customers and communities we serve to realize their sustainability and resilience goals,” said Terry Donnelly, president and chief operating officer, ComEd in a statement.  The project will enable advanced control and communications frameworks for enhanced cybersecurity.