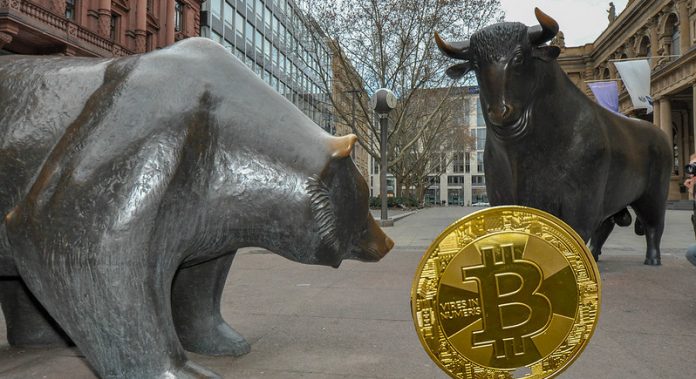 Fidelity is expanding the business of its digital assets into Europe and it has selected Chris Tyrer to lead the charge.

“The demand we’ve seen for Fidelity’s digital asset custody and trade execution services has been borderless, and we’re scaling our business to operate in a variety of jurisdictions to support this industry for the long-term,” Tyrer said in a statement. “In doing so, we’re building on the commitment to make digitally-native assets, such as bitcoin, more accessible to institutional investors.”

A bear market that saw bitcoin prices break well below the psychologically important $7,000 level for a second time in 30 days—and is closing in on $6,500— hasn’t dissuaded Fidelity.

“Since launching Fidelity Digital Assets in the U.S. over a year ago, we’ve seen significant interest and engagement by the institutional community, which show no signs of slowing,” said Jessop, who is also head of corporate business development for Fidelity Investments.

He cited interest from U.K. and European clients, continued investment in fintech infrastructure firms, and “the entry of traditional exchanges into the digital assets ecosystem,” as factors in Fidelity’s decision.

Together they “indicate a market with increasing potential which gives us the confidence to expand the digital assets business geographically,” said Jessop.

On Dec. 16, TD Ameritrade-backed ErisX announced that it has gone live with physically settled bitcoin futures. That makes the cryptocurrency derivatives exchange the second company, along with Bakkt, to offer futures contracts settled by turning over actual bitcoins rather than settling in cash. Fidelity, Nasdaq, and Chicago Board Options Exchange (Cboe) are also investors. Cboe shut down its own bitcoin futures product in March.

Earlier this month, LedgerX removed its CEO and COO, Paul and Juthica Chou. That came after an embarrassingly high-profile but  incorrect announcement that it had won the first Commodity Futures Trading Commission (CFTC) license to offer physically settled bitcoin futures.