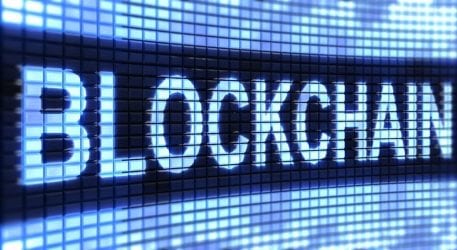 The United States Federal Emergency Management Agency (FEMA) has revealed that it might look into using blockchain technology to streamline disaster insurance payouts, as well as speed up its response to disasters.

“The Administrator should create a pilot blockchain-based land/property registry with critical information needed to file an insurance or disaster assistance claim. The Administrator should also partner with the insurance industry to consider making the triggering event a federal disaster declaration, or the buildup to an impending threat or hazard. These steps would allow much more rapid liquidation of an insurance policy, including a ‘disaster dividend,’ or a ‘harm’s way’ claim, which could be used to pay for evacuation-related expenses,” the agency stated in its latest National Advisory Draft Report to the FEMA Administrator.

The report cited disasters, such as Hurricanes Maria in Puerto Rico or Harvey in Texas, where those affected might not have any access to the information needed to file a claim, such as policy documents, land ownership records, personal identification and more. A blockchain-based registry would allow FEMA to “catalyze cross-sector engagement, and develop technology-enabled use cases that can improve the speed of disaster responses and insurance claim payments, without sacrificing accuracy or increasing the risk of fraud. Furthermore, these types of activities, a veritable Disaster Mitigation Lab, can further enable other technology-powered solutions, such as geo-referencing properties or vulnerable communities, among others.”

The agency would follow in the footsteps of several companies in the insurance industry that have already utilized blockchain. As Cointelegraph reported, U.K.-based charity organization Oxfam International recently announced that it used its blockchain-based delivery system to get payments to paddy field farmers in Sri Lanka. Earlier this year, the British Virgin Islands partnered with blockchain firm LIFElabs.io to launch an alternative crypto-enabled payment infrastructure for residents across the region.