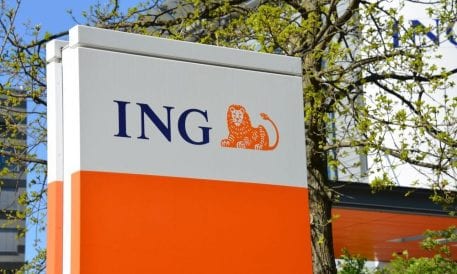 Mark Cliffe, chief economist at Dutch financial service firm ING, said central banks around the globe will have “fully fledged” cryptocurrencies in a matter of just two to three years, according to reports.

Cliffe said Facebook’s Libra has lit a fire under banks around the world in terms of the need to stay ahead of the curve in this new wave of digital currencies. Because Libra has a potential launch date of 2020, banks have needed to step up their timelines.

“I think we’ve already got some sense of urgency amongst the policy community,” he said in an ING video.

As for the benefits, digital currency would let banks get rid of physical money and “move even further into negative territory with interest rates.”

The move, he said, would “open up a whole range of policy options,” and help to support financial activity in the event of an economic downslide.

Central banks and regulators around the world have expressed skepticism toward Libra, with French Minister of the Economy and Finance Bruno Le Maire saying that he would block Libra outright. Le Maire said he’d talked about creating a “public digital currency” instead.

In the meantime, Libra continues its push for acceptance.

“There are discussions that are ongoing [with EU regulators], and we still have work to do with them and any other regulators in the world,” said Bertrand Perez, a Libra managing director.

Perez, who worked in a senior-level position at PayPal before joining Libra, is working to overcome the regulatory and oppositional obstacles facing the digital currency. Depending on how much progress he makes, the cryptocurrency could launch as early as June of next year. He also said that a delay of a quarter or two wouldn’t be a big problem.

“When we [made] the announcement in June, that was our North Star,” Perez said. “What is important is that we need to comply with the regulators and we need to make sure that they are on board with us and fully comfortable with our solutions.”