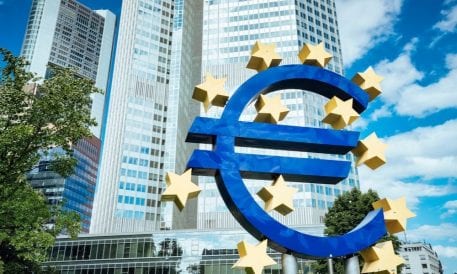 With the caveat that the project faced challenges and was for the long term, senior officials have noted that progress on the feasibility of a European Central Bank (ECB)-backed crypto could be made in the months to come. A public digital currency would provide an alternative to Facebook’s Libra as well as other private cryptocurrency endeavors, while cutting international transaction costs, Reuters reported.

French Finance Minister Bruno Le Maire said, according to the outlet, “The fact that it is for the long term does not prevent us from working and having results next year.” As it stands, EU finance ministers are set to adopt a joint statement welcoming the work of the ECB on the topic at a meeting next month.

And an ECB official told the news outlet that the central bank of the eurozone is already at work on a cryptocurrency’s technical aspects and would offer conclusions to EU governments soon. Several options are reportedly under study, with users of a new digital coin able to open bank accounts directly at the ECB with the most ambitious idea.

That version would reduce transaction costs, but it would make existing banks and well as payment services mostly redundant. Banks could be provided with tokens or electronic cash with a less radical idea, according to an official cited in the report. Work is still underway, however, and multiple legal and technical hurdles remain.

In separate news, Germany and France released a joint statement in September that called out Facebook’s proposed Libra cryptocurrency as potentially harmful to the financial sector, warning that it could block the coin’s authorization in Europe. According to past reports, the two countries are instead throwing their support behind the idea of a public crypto.

Le Maire and Germany’s Olaf Scholz have said cryptocurrencies like Libra are dangerous to consumers and could damage financial stability, as well as the “monetary sovereignty” of European nations. “France and Germany consider that the Libra project, as set out in Facebook’s blueprint, fails to convince that those risks will be properly addressed,” they said.