Decentralized Exchanges: An Innovative Tool for Traders or Highly Risky? 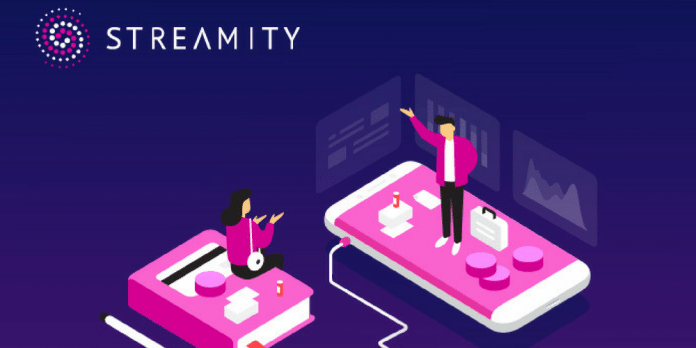 Bitcoin’s creation was aimed at destroying the centralised nature of fiat currencies. Since its inception, it has steadily reshaped the way we think about money and how we assign value to something that is tangible or not. Yet, even though Bitcoin is decentralised it remains under the influences of the exchanges that it’s traded on.

Not only that, but while it’s gradually being accepted into the mainstream, issues with Bitcoin remain. These include a lack of regulation in most jurisdictions in addition to security problems with exchanges that are the target of hackers. With the promise that the cryptocurrency market has at reshaping the financial system, are there any solutions to fixing the issue?

Already the industry has witnessed a number of hurdles with cryptocurrency exchanges, which, in turn, is a detriment to the market as it slows development.

In 2016, a hack at Bitcoin exchange Bitfinex saw the loss of 120,000 units of the digital currency, at the time worth around $72 million, making it the second-biggest breach of a crypto exchange.

Last year, one of the oldest cryptocurrency exchanges, BTC-e, was shut down over alleged criminal acts by the site and its owner. BTC-e was also handed a $110 million fine by the U.S. Treasury’s Financial Crimes Enforcement Network (FinCEN). This was for aiding crime such as drug sales and ransomware attacks as well as a separate $12 million fine against its owner, Alexander Vinnik.

The hacking of online wallets, such as MyEtherWallet, which saw the theft of over $150,000 worth of ether from users’ wallets in a DNS server hijacking, highlights the risks people face and that hackers will always work to discover a weak link in the system to gain access.

Aside from the threat that hacks can present to the industry, global regulators have also shown the impact they can present. One example where this can be seen is China, which has banned the trading of initial coin offerings (ICOs) and cryptocurrencies. This hurdle has meant that traders have had to look elsewhere in order to remain in the market.

Regardless of these shortcomings, there are a number of cryptocurrency banks and cards that support digital currencies. Notably, though, the traditional finance system remains cautions in supporting this new industry. As a result, cryptocurrency startups are forced to look elsewhere in order to connect their cards with their crypto operations. This can imply huge risks and high fees for the end user.

Decentralised exchanges and payment platforms do exist though, which are working at providing this missing link: Waves, Bitshares, and NXT are just a few examples. Yet, while they allow users to trade cryptocurrencies directly without the need for an intermediary, they are still in their infancy. For newbie investors, they may also face problems when using decentralised exchanges.

In the case of the Waves platform, the downloading and installing software, creating and backing up of a user’s wallet are just a few of the obstacles that may prevent the average user from taking advantage of the platform’s other benefits.

One solution to this is SteamDesk, a platform that provides a user with an easy and secure way to purchase cryptocurrencies. Developed by decentralised crypto exchange Streamity, the peer-to-peer (P2P) service delivers a crypto/fiat exchange with minimal fees within a fully decentralised network.

All a user is required to do is open up an account and enter their blockchain wallet address once where the process becomes simple and automated. There is also no need to use the service of a third-party to make a transaction, with the cryptocurrency stored inside the user’s wallet and not inside the service. This ensures that security is maintained and that users’ funds remain secure.

Another possible solution that would make a cryptocurrency exchange service safe for users is by transacting via smart contracts within various projects such as Ethereum, NEO, NEM, and EOS. With the cryptocurrency locked within a smart contract until the fiat money is transferred within a specific time frame, there is no way to gain access to the smart contract. The only way to unlock it would be to receive a signal from the payment system. This could help guarantee the security of a transaction.

Of course Know-Your-Customer (KYC) protocols should be in place to protect users from fraud and fake traders. These are typically done through user personal data or the uploading of certain photo IDs. This protects against money laundering and gives users the confidence to trade.

It should be noted, though, that even though decentralised exchanges are working at providing the best solution for users to take advantage of, the risk of fraud can’t be avoided in many cases. Saying that, however, the industry is moving toward one that is transparent and cyber secure. Until that level has been reached, there will be some more pitfalls along the way.