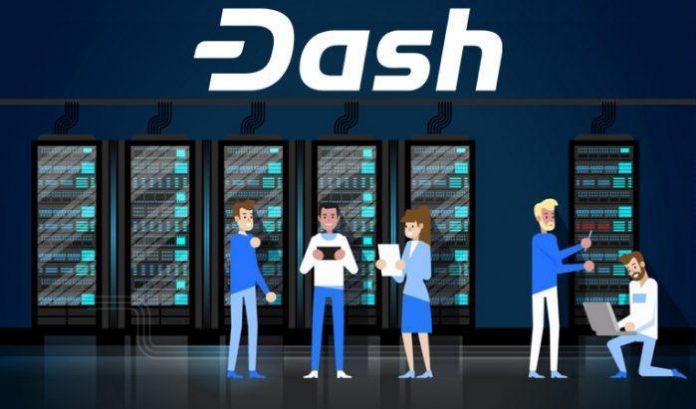 Dash Core Group has released version 0.14.0 to testnet, which introduces LLMQs, LLMQ-based ChainLocks, and LLMQ-based InstantSend as the next network upgrade before Evolution.

As Liz Robuck, Dash Core Group Product Manager, details in her post, LLMQs “will increase scalability through improved consensus and expand the universe of potential use cases of the network” and ChainLocks will “leverage LLMQs to improve network security by mitigating 51% mining attacks”. Then LLMQ-based InstantSend will “reduce the messages propagated on the network for InstantSend transactions, which increases the scalability of InstantSend on the network”. These upgrades will help Dash scale to handle more traffic as its network grows with Evolution to handle not only more transactions, but more data in general.

After sufficiently being vetted in testnet, the upgrade process is planned to start with miners signaling DIP8 support and 80% of blocks within a 1152-block window locking in the change. Once there is sufficient adoption, LLMQs will be the first phase to take effect along with Spork 17. ChainLocks will be the next phase with Spork 19. Then once DIP8 activates, ChainLocks will begin being enforced and single confirmation transactions can be considered fully confirmed. Finally, LLMQ-based InstantSend will be implemented via Spork 20, but this might only be available in limited service until more testing is conducted. Dash Core Group Developer, Codablock, has also released testing instructions for those that wish to help do so.

Improving the network operations of Dash

These Long Living Masternode Quorums are revolutionary in that they significantly reduce the time and network capacity to verify transactions. As Liz explains and previously covered, Dash currently utilizes quorums by having many masternodes vote as to whether a transaction is valid or not, but this requires one message from each masternode, which can quickly increase depending on the amount of data being processed. Plus, each node has to verify and store this information in-memory until the transaction is mined on-chain. LLMQs fix this by pre-building quorums and allowing them to “live” for a long period of time rather than being assembled on demand. Additionally, LLMQs only submit one verification message for all masternodes that are a part of that quorum rather than multiple messages.

Then ChainLocks is set to significantly mitigate the risk of a 51% attack on Dash since the LLMQs will lock-in the first block it sees published and reject all others at that height. This mitigates malicious mining that attempts to hide blocks to reorganize the blockchain, which is why many concerned individuals dealing with high transaction values previously would wait for a significant amount of block confirmations before accepting the payment as final.

“This means that transactions can be considered fully confirmed after the first on-chain confirmation inside a block protected by ChainLocks, and there is no need to wait for more confirmations until a received transaction is considered secure.”

Then the LLMQ-based InstantSend will also reduce the amount of messaging bandwidth stress on the network, while still enabling superior consumer service. Additionally, when combined with ChainLocks, the improvements will allow “in most cases received funds [to] be re-spent immediately via InstantSend”. However, Dash Core Group is moderating the release expectations of this feature since they expect this to require more testing.

Dash learned a lesson from Bitcoin failing to satisfy consumers with on time scaling to meet demand and is thus working towards implementing key upgrades to allow the decentralized network to work more efficiently to make scaling even more possible while still providing excellent services. Dash already implemented automatic InstantSend, PrivateSend Improvements, and other advance features that were working well on the network, but wanted to beat the adoption curve by implementing these LLMQs to further secure the blockchain from potential attacks, as well as its own growth that is expected with the coming Evolution upgrades.

Dash Evolution is trying to make cryptocurrency easy for everyday consumers through feature like Blockchain Usernames, DashPay Wallet, DAPI/DApps, and more. These will become more possible and easier to build as more infrastructure is created with the version 0.14 release.

This post was originally published on DashNews. Bitnewsbot curates, examines, and summarizes news from external services while producing its own original material. Copyrights from external sources will be credited as they pertain to their corresponding owners. The purpose is to make use of 3rd party content or pictures as either allusion or promotional endorsement of mentioned sites.