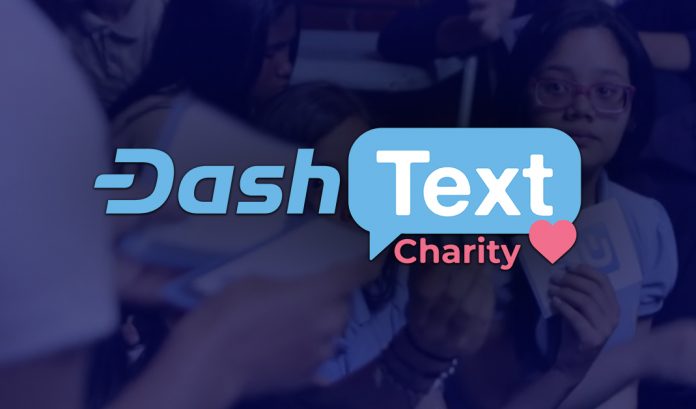 Dash Text, the popular Venezuela-based Dash platform that enables individuals to send Dash via SMS text, has relaunched its decentralized charity donation platform with a new design and more recipient schools to further improve the program.

According to the new website, Dash Text Charity shows that 45 Dash ($3,204 USD) has been raised so far for the three schools that they currently have integrated into the system. There are “50 students per school [in] the program, schools are located in different places across Caracas, all from impoverished neighborhoods”, according to Dash Text CTO and co-founder, Lorenzo Rey. The defining characteristic of Dash Text Charity is its distributed nature since donors can send Dash to an address and the money is instantly, evenly, and automatically distributed among the pool of end recipients.

Rey elaborated on why they decided to relaunch the platform and move past the original static QR code setup:

“We are launching a new payment gateway platform called Dasherpay which is the one that processes the donations rather than a static QR which we used back in the pilot, and will give more details about the Dasherpay platform later on”

Rey also added that he hopes that a future market turnaround will allow the expansion of the Dash Text charity program, saying he wishes donors “continue to donate to the program and if the Dash price goes up hopefully more schools can be added.”

Improving charity in Venezuela where most needed

The Dash Text platform helps restore confidence in charity programs since the platforms avoids being processed through an administrator. Donors can remain confident that “100% of the money [they] send (minus miner fees which are sub cent) makes it to the kids directly” since Dash Text Charity does not take any fees of their own. This can even be validated by viewing the transaction hashes on the public Dash blockchain.

Venezuela, which is suffering from massive hyperinflation with the annualized rate hitting 9,072% at the end of October is in need of new money, which Dash is trying to achieve. However, inflation not only makes it harder for average individuals to live their daily lives and afford basic necessities, but also give rise to further corruption. This corruption then makes it even harder for people that want to donate their spare wealth since individuals lose confidence that any aid that they may send to those in need within the country could get siphoned by someone it was not intended for, strengthening the use case for programs like Dash Text.

Dash has primarily been trying to help people by working towards becoming everyday digital cash so individuals can have a better type of money than what is available via fiat money. However, thanks to the DAO (Decentralize Autonomous Organization) Dash has a market competitive funding method that will fund various programs the network thinks is useful. Thus, projects like Dash Text Charity are able to get funded to essentially run a non-profit that is helping people in need. Not only does this help more people and make Dash more visible, but also illustrates the potential of cryptocurrency to supplement and/or replace currently suboptimal fundraising methods that currently exist.