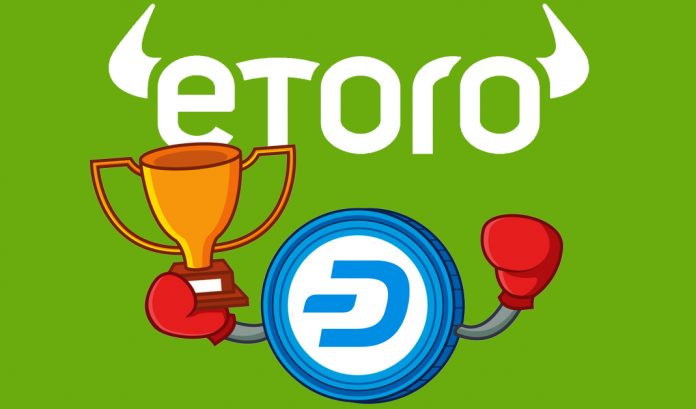 According to a new analysis by cryptocurrency exchange eToro, Dash’s mining profitability and outlook appears strong when compared to competitors such as Bitcoin Cash, Bitcoin SV, and Litecoin.

A new post by eToro analyzed several prominent cryptocurrencies including Bitcoin Cash, Bitcoin SV, and Litecoin and these networks’ recent hashrate drops, contrasting with Dash which “…in terms of mining profitability, Dash mining remains strong despite an ecosystem-wide drop.”

“Miners that work on proof-of-work networks, are compensated by fees in their cryptocurrency as they validate transactions. These proof-of-work networks have a finite coin supply. This means that they would need to generate enough usage to compensate miners fairly and maintain a good hashrate. Things don’t look too good for Litecoin, Bitcoin SV, and Bitcoin Cash at the moment…

Network hashrates have been on a steady decline (or have stagnated) over the last year for the cryptocurrencies mentioned earlier. This is largely due to transaction counts, and declining miner profitability. Understandably miners aren’t interested in a network where they can’t make a good profit. Litecoin, BSV, and BCH have all shown decreased hashrates, or stagnated over the past year, according to data from BitInfoCharts.”

All coins mentioned in the eToro report are proof-of-work networks, with the block reward of new coins and fees generating going to pay miners. However, Dash has a significantly smaller portion of the block reward, 45%, going to miners, compared to 100% for its competitors. This makes Dash’s strong hashrate of particular note as miners are competing for a smaller portion of revenue than for other networks.

According to eToro, Dash’s growth in active addresses and transactions may indicate that miners see the network and its user base growing fast enough to sustain consistent hashrate growth long-term:

“In terms of profitability, Dash mining remains strong. The Dash hashrate is up to around 4.09 petahashes at the time of writing, up from 2.68 petahashes this time last year. Furthermore, Dash has seen strong growth in another key area: active addresses. Dash is outpacing its stagnating competitors. It’s consistently out-doing Litecoin and posing a clearer threat to Bitcoin than many of its competitors (although that threat is still not massive). Active addresses tend to go hand in hand with more users on the network. This could be an indicator that Dash will see enough growth going forward for it to generate sufficient profitability from fees, to sustain its miners after its total supply of 18,900,000 has been reached.”

eToro’s previous reports have shown strong indicators for Dash’s future value as well. A cryptocurrency portfolio offered by the network allocates investment based on Twitter social media sentiment, with Dash comprising the largest position with a significant 47% of the entire portfolio.