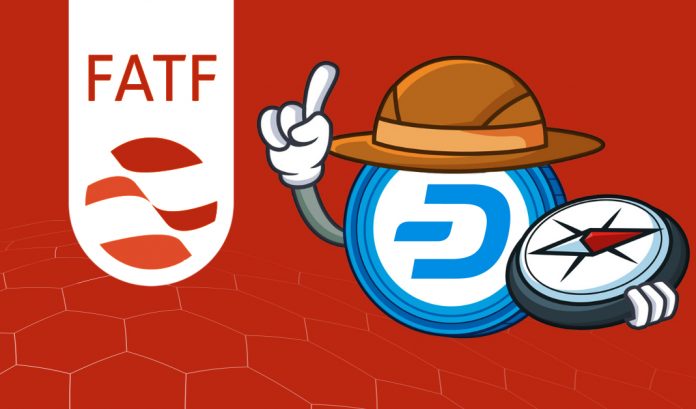 Dash-supporting services and exchanges can be fully compliant with the Financial Act Task Force (FATF) “travel rule”, and may be more compliant to financial regulations than Bitcoin.

In a recent post by Dash Core Group, Business Development Manager Omar Hamwi outlined the so-called “Travel Rule” by the US Financial Crimes Enforcement Network (FinCEN), and how it pertains to cryptocurrencies and Virtual Asset Service Providers (VASPs) and their ability to achieve full regulatory compliance:

“The Travel rule stipulates that VASPs require their customers provide information about the originator or beneficiary of a VA transfer deposits into customer accounts or withdrawals from customer accounts. For withdrawals, they must also indicate whether the originator or beneficiary address is custodied at another VASP, and if so which VASP. The originating VASP must provide and verify accuracy of the required originating transaction information, while the beneficiary VASP must do the same for the beneficiary side of the transaction. This helps ensure accurate information and an equal division of requirements between the two parties. In short, the Travel Rule seeks to replicate the regulatory requirements placed on traditional fiat wire transfers.”

The requirements placed on exchanges and other services to achieve full compliance are that they are able to collect the name, account number/cryptocurrency address, and physical address or other similar identifying information for the originator (sender) of a cryptocurrency transaction, as well as the name and account number/address for the recipient. Providing this information for cases involving Dash is not an issue, since for outbound transactions “Dash’s optional privacy solution (“PrivateSend”) can only be activated by the sender, so there is zero risk for an exchange for outgoing transfers because they maintain complete control of the processing of customer withdrawal requests.” Hamwi also believes that inbound mixed transactions, from Bitcoin as well as Dash, can also be easily handled from a compliance standpoint:

“A deposit to an exchange that has utilized CoinJoin is easily identifiable by a VASP due to a VASP’s use of KYC/AML service platforms. Due to the transparency of the Bitcoin network, there are many service platforms that can perform this function. Dash, which also has a transparent blockchain, with identical rulesets to Bitcoin is also covered by many service platforms performing this function. Utilizing these services a VASP can detect these transactions, filter them and report on them to regulators in an easy and efficient manner.”

This echoes sentiments by Karen Hsu of BlockchainIntel, who believes that Dash deposits to exchanges and other services can also be easily risk scored to ensure maximum compliance.

Bitcoin may be harder to comply with the Travel Rule

In addition to posing no insurmountable obstacle to the FinCEN guidelines, Dash’s privacy techniques also represent merely a more efficient and cost-effective form of options available to users of Bitcoin and any other derivative currency, as Dash Core CEO recently pointed out, saying PrivateSend is identical to coin mixing on the Bitcoin network. Additionally, Hamwi pointed out that in many ways Bitcoin may be more difficult to achieve full compliance than Dash due to the Lightning Network, which takes transactions off-chain and provides complications in tracing the origin of funds:

“In addition, new off-chain transaction methods have been implemented on Bitcoin’s network, which include the Lightning Network (LN). Individual LN transactions are not recorded on the Bitcoin blockchain at all, and only the participants to the transactions have any visibility to them. Even within the LN, routing servers (a.k.a., “nodes”) have no visibility to the starting and ending points of a transaction.”

The Bitcoin Lightning Network poses other issues beyond potential compliance issues. A recent loss of 4 BTC also demonstrates security issues leading to potential for loss of funds, which may prove an adoption barrier in the future.

The “scary name” of Darkcoin and it’s long-term implications

Finally, Hamwi touched on the main reason Dash has had issues with regulators recently, stemming from its past branding and media characterization:

“Dash’s reputation is undoubtedly impacted by the decision of the founding team to capitalize on the differentiation of its PrivateSend feature by rebranding Xcoin to “Darkcoin” in early 2014. As the project continued to grow and introduce new features, such as instant transactions, the Darkcoin branding was hindering adoption because of negative connotations evoked by dark markets. Although the network name was changed to “Dash” in early 2015, the stigma from naming the coin Darkcoin has proved to be persistent, especially with journalists seeking edginess or mystique for their stories in the cryptocurrency press.”

To date, Dash’s “privacy coin” characterization remains common, which has caused issues with exchanges seeking to maintain full compliance. Several exchanges including OKex Korea announced the delisting of Dash from the platforms because of this misconception, however after further education OKex paused delisting plans. Further education on the issue may cause a similar result to take place with further exchanges and services.