Dash Focusing on Solutions for the Real Life Problem of Remittances 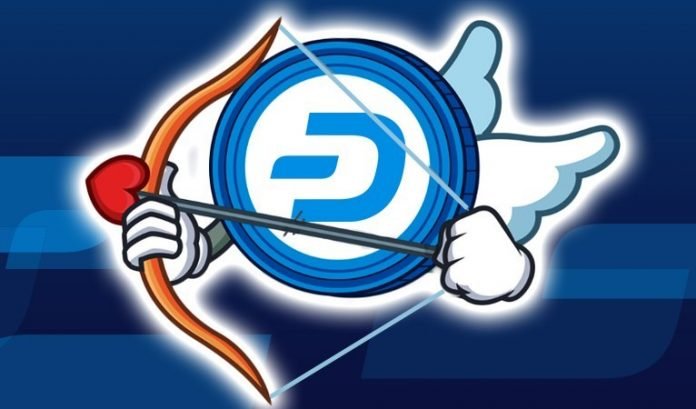 Cryptocurrency has been around for 10 years now, but has still struggled to gain significant mainstream usage despite growing media coverage, but Dash has been able to convert less attention into more mainstream applications and usage.

3/ After the event, they give half a fuck about $Dash because it helps them with what they really give a full fuck about. Their families.

Dash Core Group’s CMO, Fernando Gutierrez, recently sat in on a Dash adoption event where “Venezuelans in Spain [were] sending money home with @dash_text and @bitnovo“. This event harnessed a previous integration where consumers can easily buy bitnovo gift cards in stores and then redeem them online for Dash and quickly and cheaply send remittances to loved ones.

5/ Bitcoiners can stay in their echo chamber talking store of value and #stacksats, dashers will keep preaching utility and #usingdash

Fernando specified that “[b]efore the event attendants didn’t give a fuck about crypto, they only cared about their problem: sending money to their loved ones”. This shows that the key to convincing people to adopt new technology is to “[s]olve problems, normals don’t owe you and will only listen if it’s in their own interest”. Fernando then went on to link together how Dash is focusing on actually solving consumer pain points, whereas Bitcoin and other cryptocurrencies are simply relying on momentum.

Remittances are a key segment towards mass adoption since there are so many individuals that currently send money back to family and loved ones using the current financial framework that charges significant fees. The global remittance market is estimated to be 1.5 billion in size and is expected to only grow to 5.8 billion in 2024. Transferring $50 USD can cost $5, 10%, within the U.S. and take at least 24-48 hours to be delivered. Plus, the cost and delivery time can even increase if originating in a country with a less developed banking industry. This quickly becomes a sizable amount of money for people living on a few dollars a day where every little bit helps.

Dash is trying to help these individuals by making it easier for individuals to substitute their traditional money transmitter with Dash. Ideally, consumers within the U.S. can send Dash directly to their family and loved ones and then they can directly spend the Dash at merchants that accept Dash, which numbers over 1,800 in Venezuela and over 600 in Colombia. However, whenever direct usage is not available, Dash is working with ATM providers like CoinLogiq and VaultLogic to enable these cross border payments where both the sender and receiver can use the ATM to convert from/to their local fiat currency to spend. Further, Dash Text enables individuals that cannot even afford smartphones, only feature phones, to participate in the Dash network and redeem remittances for goods and services without having to pay the outrageous fees and wait times of traditional financial institutions.

Bitcoin is still struggling to gain significant mass market usage despite existing for over 10 years now. This reason can partially be attributed to the artificial fee market surges that make small transactions periodically uneconomical, but it can also be attributed to the fact that Bitcoin isn’t providing direct payment solutions. Ryan Taylor, CEO of Dash Core Group, as someone who also has a history in the payments industry has described, Bitcoin was “was deeply flawed from a payment perspective”.

“In order to gain mass adoption, a new payment method, on the consumer side, needs to have certain attributes; it needs to be faster and cheaper than the alternative for that particular use case, it needs to be easier to use, and it needs to provide switching incentives. You can probably get away with two of the three, but I think Bitcoin screwed up all three. It’s not faster and cheaper than, say, a credit card or any other payment method, it takes a good 10 minutes to an hour to confirm a transaction.”

While this might be faster and sometimes cheaper than international wire transfers, it is still struggling against regular debit/credit card transactions. Dash, however, has addressed becoming faster and cheaper with its New InstantSend costing less than one cent for a transaction to be lock-in with ChainLocks in seconds and be instantly respendable. Then Dash is planing to address ease of use in its release of Evolution planned for this year with blockchain usernames, rather than the consumer seeing alphanumeric addresses. Then Ryan also hinted that Dash is planning to address the switching incentive issue by “switching the fees over to the merchant side, and [then] also introducing, longer-term, an incentive program that’s paid for by the merchants”. Ryan continued to describe how “[t]hey save money on these transactions, why not pay less than they would pay to a credit card company, but more than [consumers] get from [their] credit card company, and have that be “Dash-back”.