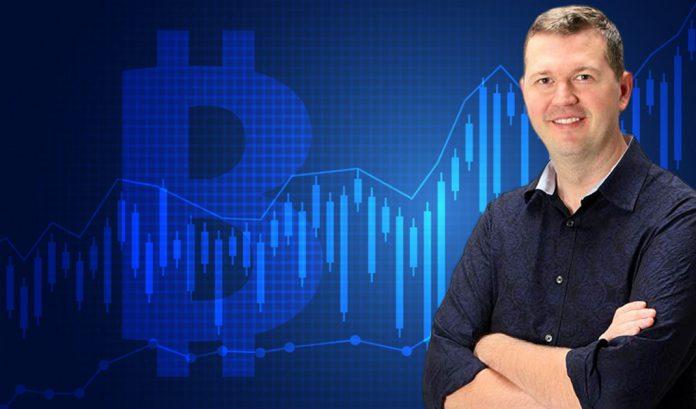 Dash Core CEO Ryan Taylor believes that Dash can help cryptocurrency traders to maximize profits on exchanges, even for trading other currencies such as Bitcoin, and addressed misconceptions about Dash as a privacy coin.

In a recent interview with CoinDesk, Taylor discussed some of the recent innovations Dash has deployed, namely default InstantSend and ChainLocks, both of which guarantee transaction security immediately and after included in a block respectively, and their benefits for cryptocurrency exchanges and traders:

“If an exchange can reduce the number of confirmations required to credit a user account, and I as a trader see a particularly high price for Dash on a different exchange but I don’t have any Dash located there, I can transfer some over, get it credited to my account immediately, and sell that Dash into the order book and capture some benefit. It helps stabilize prices for users across exchanges, it enables arbitrage opportunities not only in Dash, but in other currencies Dash is currently paired with, particularly Bitcoin.”

Taylor continued that Dash’s speed can help capitalize on trading opportunities for other cryptocurrencies as well, with a hypothetical trader being able to capitalize on a particularly good deal on Bitcoin on another exchange by using Dash to rapidly move funds to the exchange and then trading it for Bitcoin, making profit in the process:

“If Bitcoin’s price becomes high on a separate exchange, I can transfer Dash over and purchase Bitcoin at basically a discount. I think that it helps with price stabilization not just for Dash but for any pairing on the exchange. That drives volumes for the exchange, and that’s obviously economically valuable for them. That’s kind of the trend we’re seeing, that’s the education process we’re going through with the exchanges. We’re beginning to quantify the effects and really show for traders and for exchanges the benefits of providing this capability.”

To date about 20 exchanges and brokers are listed on the full list of exchanges on the main Dash website which support InstantSend transactions, with some such as Coinbase and Coinbase Pro recognizing deposits quicker than for any other coin.

Taylor then took a moment to address the challenges facing Dash from being labeled as a “privacy coin” and the resulting delistings from several cryptocurrency exchanges and their impact on traders, claiming that these actions came from a misconception on how Dash’s technology works, which is fundamentally the same as Bitcoin:

“Dash has been labeled a privacy-centric coin, and grouped in with other privacy-centric coins, largely by the media, and a lot of this is just due to the fact that Dash was the first coin with any kind of privacy featured built in, dating all the way back to 2014. What we implemented required no changes to Bitcoin’s blockchain, and that is we implemented Coinjoin. Coinjoin is a privacy technique, it’s not a change to the technology. Coinjoin can be implemented on any transparent blockchain. All Dash transactions display the input addresses, the amounts, the output addresses and amounts. There’s nothing hidden or obscured. Coinjoin has since been implemented into Bitcoin starting in 2015. It’s been implemented into around half a dozen wallets and tools and is widely used at this point.”

Dash was recently removed from the Korean portion of the Okex exchange over regulatory concerns, as well as UK-based CEX.io.

Regulators should not distinguish between Dash and any other transparent cryptocurrency

Finally, Taylor pointed out the various tools for Bitcoin privacy that have gone beyond pure Coinjoin, as well as how a Dash-style PrivateSend transaction had successfully been performed on Bitcoin, giving regulators no reason to treat Dash differently:

“And, in fact, some Bitcoin wallets have added features such as Chaumian Coinjoin, which provides some additional privacy. Of course there’s off-chain transactions now on Bitcoin’s networks. There’s a lot of other privacy-enhancing functionality that has been added not only to Bitcoin, but to Bitcoin Cash and some of these other coins. So to draw a legal distinction between those two, you simply can’t at this point. In fact we conducted PrivateSend transactions on Bitcoin’s blockchain to prove it.”

Educating eToroX and their regulator was a key success in maintaining Dash listed on that platform according to Taylor, and he sees the continuing education process as crucial and necessary to maintaining Dash’s usability and accessibility on cryptocurrency exchanges. The full interview is included below