Dash Accepted At Austrian Telecom Giant Thanks to Salamantex Partnership 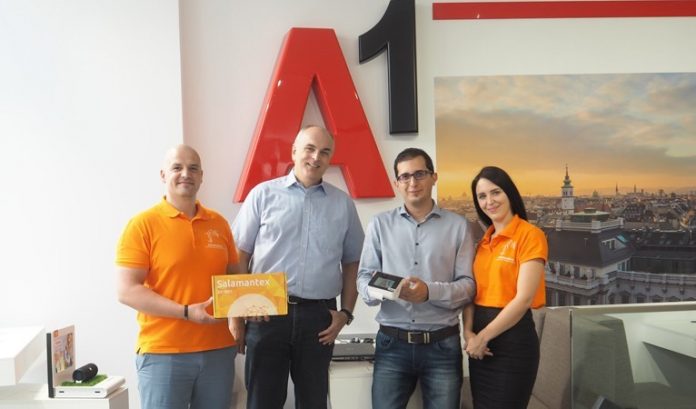 A1 Telekom, which has over 5.4 million mobile lines and over 2.3 million fixed lines in Austria, will be expanding on their previous partnership with Salamantex POS by accepting Dash and other cryptocurrencies at 7 new storefronts throughout the country.

In cooperation with Salamantex, the @A1Telekom Payment Service now makes payments with #digital currencies simple & secure.
This makes them a suitable means of payment for #everyday use, comparable to credit card payments. ?

Overview of the selected A1 shops: pic.twitter.com/AREYk42YoQ

The newly integrated shops will be located in Innsbruck, Salzburg, Linz, Krems, two in Vienna, and Graz which are distributed throughout the country. A1 Telekom will be accepting Dash and other cryptocurrencies in these stores via Salamantex POS, which Dash Embassy DACH previously integrated earlier this year and announced the initial partnership with A1 two months ago. During the initial partnership, Markus Schreiber, Head of A1 Business Marketing, highlighted how digital payments are on the rise in Austria since “in particular, guests from Asia want to pay primarily with Alipay, WeChat Pay or a coin”. For the new integration, he once again brought attention to how cash is at the end of its life and they want to make room for other payment methods.

“Cash is a discontinued model. With our pilot operation in the A1 shops we test demand and acceptance of digital currency in Austria“.

This wider adoption by A1 Telekom is possible thanks to the previous integration by the POS platform Salamantex. This initial integration was landed thanks to the Dash Embassy D-A-CH, a group working for the Dash ecosystem focusing on integrations in the German-speaking (Germany, Austria, Switzerland) regions of Europe, expanding on the business development work beyond what the Dash Core team and others are able to cover.

Dash currently sees adoption multiplication effects through a variety of additional strategic partnerships. Kripto Mobile partnership has seen over 66,000 phones sold with individuals later activating the Dash features on their phone. Another example is Dash’s integration into Bitgo, which later enabled the partnership with the cryptocurrency wallet and merchant solution, Vega Wallet. Then the Uphold exchange integration moved beyond a simple exchange integration by later being integrated into both the Android and iOS Dash wallets and removing the withdrawal fee to the Dash blockchain, which made it even more usable for remittances. Recently, Dash formed a partnership with BlockchainIntel, which aims to open up new partnerships to companies that require strict regulatory compliance, but do not have the bandwidth to do this themselves.

Cryptocurrency faces a larger uphill battle convincing individuals to use it over other methods of payment in developed regions than in countries with underdeveloped banking systems. For example, even though a consumers’ credit card might charge the merchant 2% or more on a transaction, since the consumer does not see this directly, it does not heavily influence their spending decisions. Another example is that consumer transactions might not clear for two days, but it still appears instant to the consumer and therefore acceptable. Because of these reasons, multi-payment platforms like Salamantex can help overall adoption since it integrates well into a merchant’s current POS system and accepts multiple forms of digital payments, including debit/credit cards. A merchant and/or consumer therefore has less hesitance about using it and is more likely to be gradually exposed to cryptocurrencies and the advantages it brings.