The cryptocurrency industry is not just about Bitcoin. Albeit it may seem that way for most, there is a lot more to this industry. With so many new currencies and tokens launching, keeping tabs on the bigger picture becomes all the more important.

When people discuss cryptocurrencies, Bitcoin will be named fairly quickly. It is the world’s leading cryptocurrency, after all. Additionally, all alternative currencies derive most of their value from BTC due to it being the market leader. It is a very intriguing and intricate ecosystem in this regard. However, Bitcoin is still only a facet of the industry and should be treated as the whole enchilada.

Besides BTC, there are several thousands of other currencies. Not all of those are worth one’s money or time. In fact, ninety percent of them might not stick around for long. Despite this pressure to perform, coding enthusiasts around the world continue to create new cryptocurrencies. Not all of them are designed as Bitcoin competitors, yet the competition is heating up.

More competition in the cryptocurrency industry has never been a bad thing. It is the same as in any industry in that regard. Competition leads to innovation. In the world of Bitcoin and altcoins, the latter group often offers technical developments which make their way to Bitcoin eventually. For this purpose alone, it is good to have a lot of alternative technologies in place. 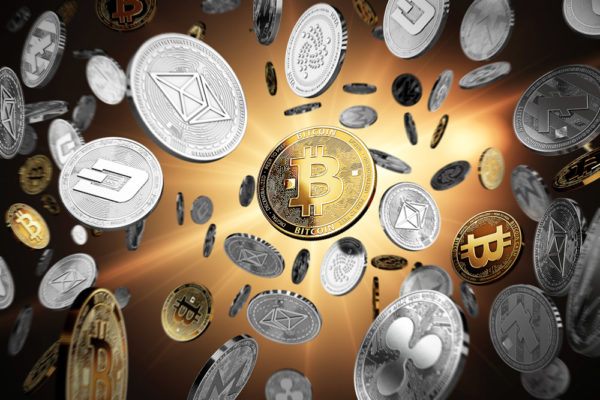 All of this innovation elevates Bitcoin to a higher level as well. So far, the cryptocurrency hasn’t offered any real-life value for the vast majority of people on the planet. Granted, there is a lot of money going around, but mainly for speculative reasons. The lack of any “killer app” or Bitcoin or altcoins has been a topic of debate for some time now. After nine years of development, one would expect something more.

One thing working in crypto’s favor is the growing number of lines of code. Not just for Bitcoin, but all other projects being developed. Altcoins, ICO tokens, and airdrops are all projects which contribute to the overall ecosystem While not all projects will succeed, the desire to be part of this industry has never been greater. Not all value can be expressed in a US dollar value, after all.

All things considered, cryptocurrency is in a good place. No, it hasn’t gone mainstream, nor will it anytime soon. Even so, Rome wasn’t built in a day either, and no one should expect cryptocurrency to be any different in that regard. However, development in the cryptocurrency sphere has pushed the financial industry to shake off the doldrums and adapt and innovate, and other sectors of industry and society are doing the same. The best has yet to come, that much seems rather evident.

How long do you think it will take for cryptocurrency to really change the world we live in? Let us know in the comments below.