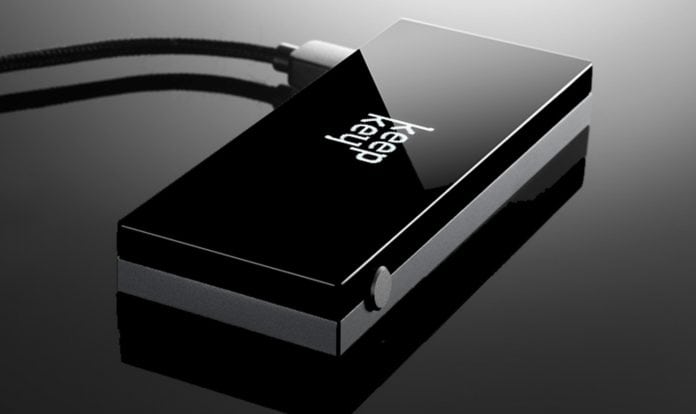 Cryptocurrency hardware wallet manufacturer KeepKey has launched native support for ERC20 tokens, now allowing users to send, receive and exchange between 30 ERC20 tokens including Augur, Bancor, Numeraire, and District0x, directly on their KeepKey device. Through its native ERC20 token support, KeepKey users can create and view raw transactions directly on the device without connecting to a third-party.

Speaking to CoinJournal on the sidelines of the Consensus conference in May, Ken Hodler, the best-named man in the crypto space and CTO of KeepKey said there are several advantages of the fully native support of ERC20 tokens including greater convenience for users, and additional security.

“Our ERC20 token support is unique because the support is fully native. This means we are not connecting to a third-party wallet such as MyEtherWallet,” Hodler said.

“We did this for a few reasons. For starters, it allows for one simple interface and no restriction on account numbers. All tokens are on the same application as every other coin we support. Next, it adds an extra layer of security because every transaction detail is confirmed on the display of the device. This includes: full address, token name, amount, and gas fee.”

One of KeepKey’s unique features is that the hardware wallet device displays the specific token name, token amount, destination address and total gas cost for the transaction before signing. Users transfer their tokens without having to trust anyone else.

“KeepKey aims to be the most secure and simple hardware wallet available and we have maintained this level of product integrity with our ERC20 token support. Viewing and transferring your ERC20 tokens is transparent and easy for every user, regardless of experience level,” Hodler said.

“We couldn’t be more excited about adding initial ERC-20 token support for our users and we look forward to expanding the list of tokens immensely as the year goes on.”

Founded in 2014, KeepKey builds cryptocurrency hardware wallet devices that focus on ease of use and security. The hardware wallet allows users to generate and store an unlimited number of private keys, which remain at all times on the device. Alongside the 30 ERC20 tokens, KeepKey supports Bitcoin, Bitcoin Cash, Litecoin, Ethereum, Dash and Dogecoin. More top market capitalization tokens will be added throughout the year, the company said.

KeepKey was acquired by Swiss digital asset exchange ShapeShift in August 2017. ShapeShift’s instant exchange feature has been integrated into the hardware wallet, enabling users to exchange cryptocurrencies from their device and make instant transactions with a two-click process.

For more information on KeepKey, read our full review.