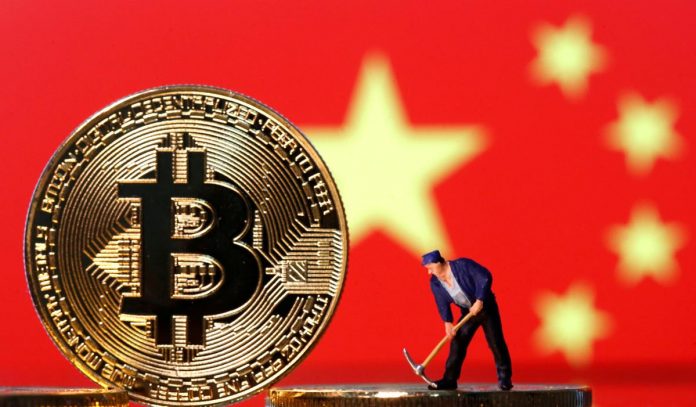 BEIJING (Reuters) – Canaan Creative, one of China’s biggest bitcoin mining hardware makers, filed to publicly list on the Nasdaq on Monday to raise $400 million, marking at least its third attempt to do so after previous failed tries in mainland China and Hong Kong.

The Hangzhou-based company, which describes itself as the world’s second largest bitcoin mining machine designer and maker in its prospectus, said it wanted to use the cash to fund research into artificial intelligence and blockchain research, as well as pay off debts.

It did not say why it had decided to try again for another initial public offering at this time. It tried to list itself in China three years ago through a reverse merger by buying a Shandong-based electric equipment maker and then again filed for a Hong Kong float last year, however both plans fell through as regulators had doubts about its business model and prospects.

Its application on Nasdaq comes shortly after Chinese President Xi Jinping made comments last week encouraging the development of blockchain technology, which sent the shares of blockchain and digital currency-linked firms, and the bitcoin price, soaring.

The fate of bitcoin and bitcoin mining in China, however, remains unclear as Beijing shut down local cryptocurrency exchanges in 2017 and in April signaled that it wants to eliminate bitcoin mining in the country. Chinese state media have also said that blockchain innovation should not be seen as a boost for virtual currency speculation.