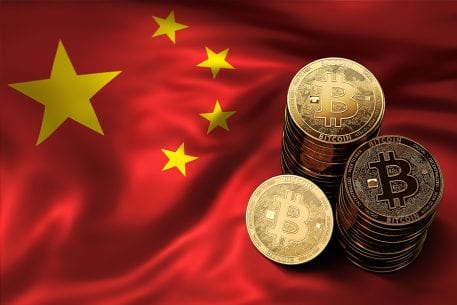 For China: Digital currency, yes. But not bitcoin.

Blockchain? Yes. But not bitcoin.

The price of bitcoin, that marquee name in cryptocurrencies, has plummeted in the last several weeks, down roughly 20 percent at this writing to a recent $7,400, where the price had been more than $9,400 a month ago.

Whether you believe in bitcoin’s potential (or lack thereof) to become a viable conduit of commerce , the crypto’s pricing acts as shorthand for the near-term outlook for digital coins in general, and especially for those traded over exchanges.

We might trace bitcoin’s recent rally and recent fizzle to October, when Chinese President Xi Jinping said the country should refocus efforts on blockchain.

But there is an important distinction here, one that draws a stark roadmap for how the age of digital currency may shape up in China.

If blockchain might be thought of as the rails that underpin cryptos’ journeys as they move between parties, China seems intent on limiting just what can ride those rails.

And bitcoin, increasingly, is not likely to be in the picture (nor would a slew of other coins) in a way that some may have hoped.

As has been noted by The Wall Street Journal, the People’s Bank of China (PBoC) and government authorities (through the Shanghai office of China’s financial regulator) have said that they will continue a crackdown on exchanges that has stretched out over two years.

The authorities have moved to shut down exchanges that are registered outside the mainland, and shutter companies that bring Chinese customers to those exchanges.

The ripple effects have been significant, so far. In November, five exchanges based in and operating in China said that they would no longer provide services to users in China. At least some of those exchanges said they will continue to serve overseas users.

The impact will disproportionately be borne by those who trade in bitcoin. As reported by research firm Chainalysis, as many as 20 of the top 50 crypto exchanges are based in the Asia-Pacific region. Many of them are in China, and taken collectively these exchanges account for 40 percent of bitcoin trading, as measured through the first two quarters of the year.

By cracking down on what we at PYMNTS might term “outside” crypto influence, and focusing on blockchain — and the digital version of a national currency (more on this in a moment) — China may be effectively creating a new ecosystem.

It should be noted here that, generally speaking, cryptos have gained support from various enthusiasts for anonymity, and anonymity is also a key selling point for blockchain.

But China has a different plan in mind in the drive toward being the first country to launch a digital currency — perhaps as soon as next year, though there is no official timeframe yet.

In this case, according to reports, the central bank would issue the digital yuan to banks, which would in turn issue the digital currency to end users. Patent documents, as reported over the summer, filed by the PBoC’s Currency Research Lab, point toward the creation and use of digital wallets that would be directly linked to yuan held in custody at bank accounts.

In a speech reported on by CoinDesk,  Changchun Mu, deputy director of the PBoC’s payments division, said hard currency is “subject to counterfeit and money laundering risks. … The [new] system should follow the existing rules about anti-money laundering and anti-terrorism financing imposed on cash, and should report to the PBoC on large amounts and suspicious transactions.”

This hints at a key difference: The central bank will be able to track money flows, and thus, we assume exert at least some control over what Mu has called “classified supervision.”

The digital wallet component is reminiscent of Facebook’s planned cryptocurrency Libra, to be sure — but Libra has sought to cut banks out of the transaction. China seems to count banks as a crucial part of the equation. Libra may have been the spur for the PBoC to bring digital coins into greater focus, but Libra is not the template.

Some may point toward the digital yuan’s wallet and payment flows as echoing platforms such as Alipay — and wonder if the digital currency may undercut the payment platforms that have taken root in the country.

It might seem like the PBOC wants to compete against Tencent and Ant Financial by launching its own digital wallet. Alipay and Tencent’s WeChat Pay, which have the overwhelming majority of mobile payment transactions, may conceivably see a threat from digital cash issued by the PBoC.

But the central bank is likely, per reports in Forbes, to roll out the state cryptocurrency in part by issuing the digital yuan to firms including Alibaba, Tencent and Union Pay. Those firms will help distribute the cryptocurrency to end users.

With the conduits in place to create, distribute, and foster use of a state-backed digital coin — along with efforts to short circuit competition — the PBOC is creating a cryptocurrency ecosystem.

Sooner, it seems, rather than later.