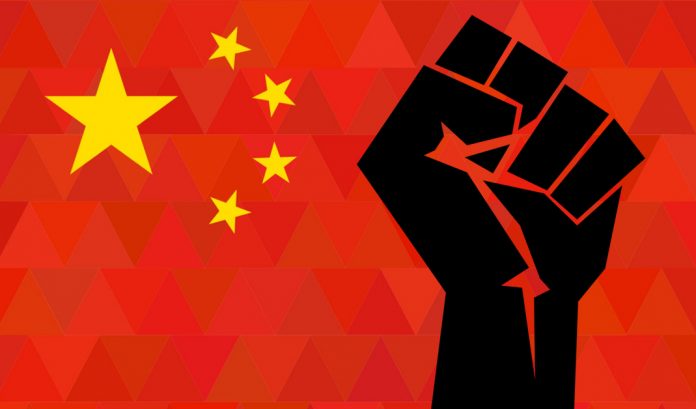 A New York times article discussed how Facebook’s announcement of the Libra has accelerated China’s efforts to create their own national digital currency.

China previously started to looking into creating a national digital currency back in 2014 when the People’s Bank of China created a cryptocurrency research group and even their central bank’s governor, Zhou Xiaochuan, openly pondered creating a national digital currency. However, the progress appeared to slow when the Chinese government cracked down on Bitcoin mining operations during the 2017 price surge.

China is famous for having a detailed surveillance state and it is commonly known that transactions that pass through the Chinese banking system can and will be monitored by the government. However, the country’s two dominate mobile payment platforms, Alipay and WeChat Pay, are technically private companies and thus require the government to work with them to observe the transactions of citizens. To illustrate the size of these platforms, Alipay claims to have processed up to 256,000 payments per second compared to VISA’s 65,000. A national cryptocurrency would allow the government to observe citizens’ transactions directly, which offers some benefits in terms of cracking down on corruption, but also infringes on the privacy of individuals.

Centralized attempts to reign control over freedom of privacy

The Chinese government recognizes the power of a decentralized currency to empower individuals to operate orthogonal to what the government desires. Mu Changchun, a top official at China’s central bank, highlighted in an online lecture how more currency competition can delegitimize the Chinese currency, which they call “monetary sovereignty”.

“If Libra is accepted by everyone and becomes a widely used payment tool, then after some time, it is entirely possible that it will develop into a global, super-sovereign currency. We need to plan ahead to protect our monetary sovereignty.”

“As long as you aren’t committing any crimes and you want to make purchases that you don’t want others to know about, we still want to protect this kind of privacy.”

Dash gives users the option of having additional privacy via the optional PrivateSend feature without making it a mandatory part of the network like other privacy coins that bog down the network with excessive network load or security risks. As Dash Core’s Ryan Taylor detailed, PrivateSend, in regulatory sense, is no different that mixing Bitcoin transactions, but offers more mixing rounds. This helps individuals that wish to maintain more privacy over their transactions to have it and those that do not want extra privacy to not have to pay for it either through extra fees or a slower network. Additionally, Dash has been ranked as one of the top decentralized coins, which makes it hard for third parties to track down individuals and their respective transactions. Plus, Dash has now implemented ChainLocks, which enables the network to be more robust against 51% attacks that could compromise other networks.