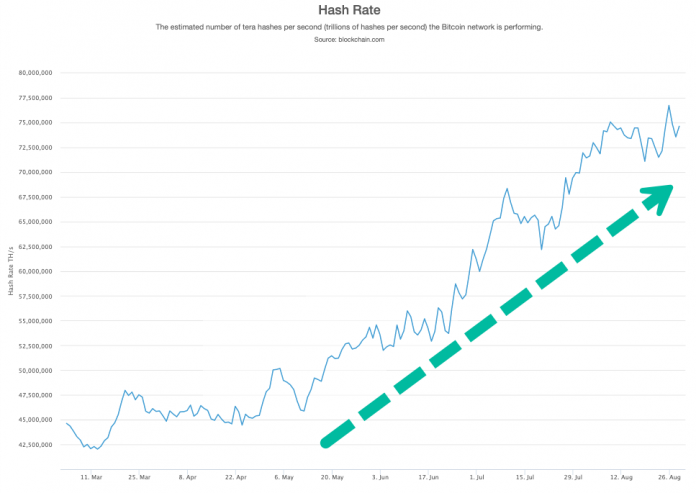 Torrential rains flooded some parts of Sichuan’s mountainous Aba prefecture last Monday, with mudslides seen across 17 counties in the area, according to local government posts on Weibo.

One of the worst-hit areas was Wenchuan county, China Daily reported. The flooding knocked out local power stations and severely damaged communications infrastructure in the region.

Several major cryptocurrency mining facilities in Wenchuan were destroyed, with the Twitter account Poolin posting footage of the destruction.

A local mining farm based in Sichuan, China was DEVASTATED by the recent heavy rainfall in the region, video attached 1/2 pic.twitter.com/CvdEAUeq3x

Red Li, the co-founder of 8BTC, also posted a video of the mining destruction. Li said: “Some mining facilities were wiped out by a flood in Sichuan yesterday.”

Some mining facilities were wiped out by flood in Sichuan yesterday. pic.twitter.com/lZ12tapVga

At the moment, it’s still unclear how many bitcoin miners were taken offline last week.

Low-priced hydroelectricity in Wenchuan county has attracted bitcoin miners in recent years, which some miners, as shown in the videos above, set up facilities next to flood-prone areas.

Bitcoin mining data from Aug. 19 to 21 [period of the flooding] showed a slight move down in the hash rate but nothing that warranted a red flag. It appears the hash rate of the blockchain was unfazed with a bunch of miners getting wiped out in China. One could say the network was resilient. 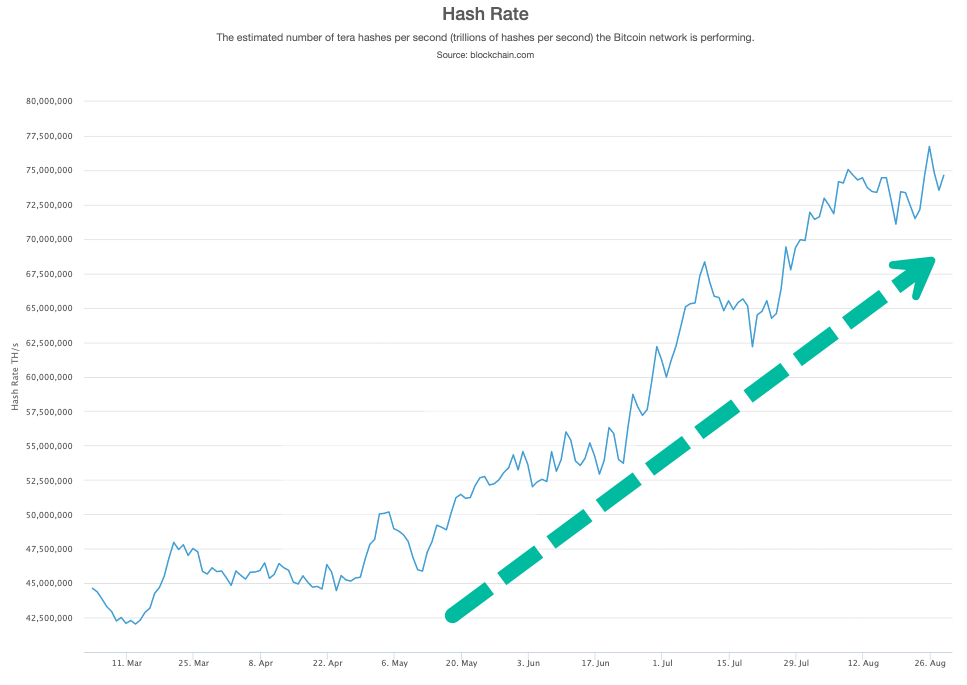 The argument is that the higher the Bitcoin hash rate, the more secure the network, and the higher the confidence of market participants, which would result in increased demand for the coins.

Therefore, Keiser argues Bitcoin could soon be a catch-up trade to network fundamentals.