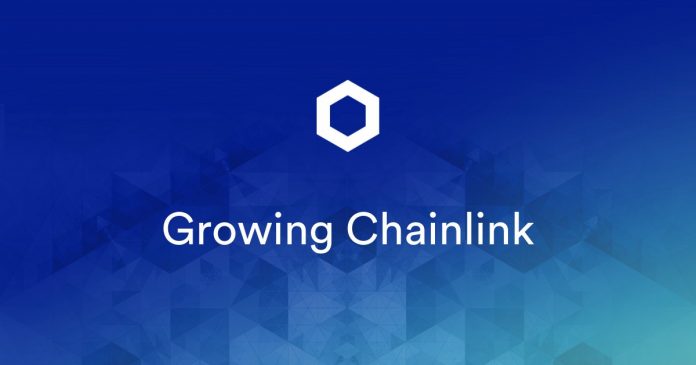 The trading pattern of Chainlink’s Link cryptocurrency suggests a suspicious “pump-and-dump” scam, or an attempt to manipulate the price of the cryptocurrency token, according to an analytics company.

The unusual market pattern was discovered by the team at AnChain.ai, a blockchain transaction analytics company. And it is significant because Chainlink’s token has a market value of $650 million, and it has lost about $600 million in value in recent weeks. It’s not clear who is doing the pump-and-dump scam, and AnChain offered no evidence that anyone associated with Chainlink is associated with the scam. The company itself is denying any role in the alleged manipulation, noting that cryptocurrency trading is not within its control.

Pump and dump is a form of microcap fraud in which the price of an asset, often of low market cap and share volume, is manipulated by a group of coordinated actors through a series of high-volume purchases. This artificially inflated demand triggers a dramatic increase in the price of the aforementioned asset, and is often accompanied by an influx of unknowing investors who are unaware of the manipulated nature of the spike.

Ultimately, the scammers dump their shares, flooding the market and driving the price lower, leaving ordinary investors holding lots of worthless shares. Cryptocurrencies are vulnerable to this form of attack, as coins are often concentrated in the hands of a small number of investors. If groups of individuals collaborate, they can easily manipulate the market price. In normal stock exchange trading, such schemes are illegal, but in the unregulated crypto space, such regulations may not apply.

AnChain.ai studied the trading from April 1 through July 26, 2019, and it zeroed in on trading that occurred from July 8 to July 10. The company attempted to grasp the token transactions and token market price, and it found suspicious addresses and activities that have influenced the market price.

From April through July, there were 111,858 transactions, and 110,947 were confirmed as successful. Starting on June 28, the price for the token started going up. A small number of trades accounted for the rise in the price. AnChain.ai found that there were attempts to hide the trading activity. The company began monitoring specific addresses associated with the trades.

One address sold 4.2 million tokens from July 2 to July 15. The user had multiple “jump addresses” and finally transferred tokens to the Binance crypto exchange for trading.

“We believe that further diligence is crucial for the ecosystem moving forward. If cryptocurrency is to thrive moving into the future, regulation must become the center of the conversation,” AnChain.ai said. “Market manipulations of this exact sort, however, have a lasting negative impact on the image of cryptocurrency in the mainstream media that is not so easily repaired. We encourage the cryptocurrency sector as a whole to make legitimacy and market integrity a top priority as it continues to grow.”

Sergey Nazarov, CEO of SmartContract, said in an email, “The market for Link tokens operates apart from Chainlink, which has not engaged with any exchange’s requests to list the Link token.” He said his company is “unable to predict what an exchange’s listing of Link may or may not result in.”

In other words, there’s an effect that happens to a cryptocurrency when it begins trading on a new exchange. In June, the Link token began trading on CoinBase, the most popular cryptocurrency exchange. Typically, when this happens, there’s a burst of trading in the new currency and the price rises. It’s called the “CoinBase effect” in the industry.

AnChain did not note the possible impact of the CoinBase effect in its report. In a follow-up email, AnChain.ai said that the pump-and-dump data appears to precede the CoinBase debut of the Link token.

Previously, AnChain.ai reported on trading bot activity in the blockchain space. Chainlink said it is working with companies like Google, Oracle, and Swift. The company’s whitepaper describes how the company provides a secure, reliable, and decentralized oracle mechanism, which the company coauthored with Ari Juels, the former chief scientist of RSA (the world’s leading cybersecurity company).