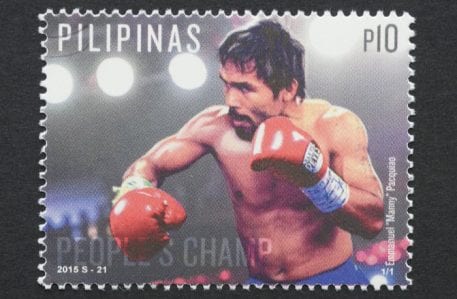 Champion boxer Manny Pacquiao announced the launch of his own cryptocurrency at a free concert in Manila, The Verge reported on Monday (Sept. 2).

Called the “Pac,” it will allow fans to buy merchandise and interact on social media with the 40-year old boxer, Philippine senator and former basketball player, reports said.

The Pac will act like a normal cryptocurrency in the sense that it provides a digitally tradeable token with a floating value secured by a decentralized ledger. But unlike other cryptocurrencies such as bitcoin, the value of the Pac is touted as being backed by demand from Pacquiao’s fan base for his merchandise.

The Pac can only be used to purchase goods within programs supported by Pacquiao’s digital payment system “Pacpay,” which only supports the purchase of Pacquiao merchandise.

“GCOX helps celebrities leverage their popularity like never before by creating their own exclusive, personalized crypto, known as Celebrity Tokens. Through exclusive products, services, and social interactions, GCOX revolutionizes the way celebrities interact with their fans, giving the public unparalleled access to celebrities,” the company said in a blog post. “GCOX’s entire premise is built upon its four core platforms: Celeb-listing, celebreneur, celeb-connect, and celeb-charity, which in turn are based on GCOX’s proprietary blockchain known as Acclaim.”

Pacquiao is the first celebrity to launch a cryptocurrency that uses fans to direct the value of the currency. Other celebrities such as singer Jason Derulo, tennis star Caroline Wozniacki and former soccer player Michael Owen are reportedly set to launch their own celebrity tokens later this year.

U.S. President Trump has joined the chorus of government leaders, banks and regulators around the world who feel that cryptocurrency is too volatile and has the potential for misuse by criminals. Bitcoin has risen in value since the announcement of Libra, Facebook’s planned cryptocurrency, but the digital token reportedly didn’t move much on the words of the president.