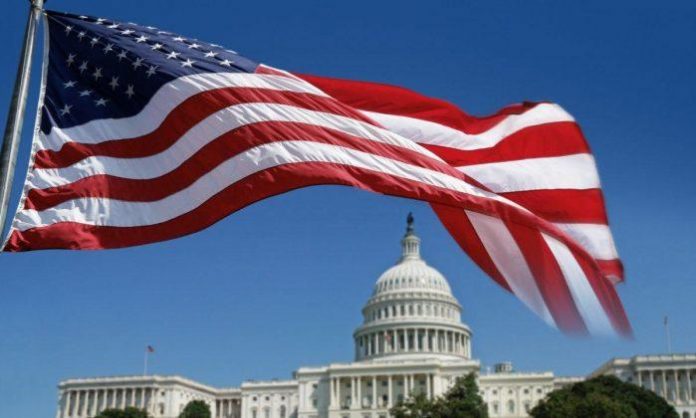 In early December two US Congressmen, Darren Soto of Florida and Ted Budd of North Carolina, introduced two new pieces of legislation known as the “Virtual Currency Consumer Protection Act” and the “Virtual Currency Market and Regulatory Competitiveness Act.” All indications are that their timing was excellent.

The VC Consumer Protection Act in part directs the US Commodities Futures Trading Commission (CFTC), which operates under the Commodities Exchange Act, to better inform consumers about the various ways price manipulation occurs and how it impacts the crypto sector as a whole. Its primary objective, however, is to establish the creation of a new regulatory framework to prevent crypto-currency price manipulation.

The VC Market and Regulatory Competitiveness Act is very different in its scope and intent as it directs the CFTC to examine crypto regulations in foreign countries for the purpose of crafting more competitive and more coherent US crypto regulations that are more straightforward than what exists today. The Act is also intended as a promotional platform that encourages and contributes to the long-term growth of a more legitimate, stable – and therefore more credible – US crypto sector.

The spark to these new acts has been the apparent linkage of the controversial crypto-currency Tether with Bitcoin, detected months after Bitcoin’s price surges in 2017, and more importantly, the work undertaken by University of Texas finance professor John Griffin, which was presented to the public in a 66-page study that exposed the coordination of pricing – more specifically Bitfinex’s Tether-based purchases of Bitcoin that apparently propped up Bitcoin values on several different occasions.

“The US Congress should think about whether there are enough supervisory resources dedicated to oversight of virtual currency providers and other money services businesses. These institutions are playing an increasing role in consumer payments, and there are a lot of ways that criminals can exploit them,” said Dave Murray, vice-president for product development and services at Washington-based strategic advisory firm Financial Integrity Network.

“The crypto marketplace is very poorly served when it is easy to use crypto-currencies to launder criminal proceeds or evade sanctions. Sanctions evasion and other criminal activity involving virtual currencies puts them outside the financial crimes risk appetite for many investors.”

Bad apples have become a near-constant fixture in the global crypto marketplace, unfortunately, so these actions on Capitol Hill will, for most, be no doubt welcome and long overdue.

The rapid shutdown just a few days ago of the Romania-based online digital currency trading platform known as Coinflux is perhaps the latest example of a suspect enterprise lurking in the crypto sector. This included the arrest of Coinflux’s founder and CEO, Vlad Nistor, based on a request by US prosecutors, and brought more negative publicity to the crypto sector along with accusations of organized crime-based money laundering and fraud.

MONEYVAL, which stands for “The Committee of Experts on the Evaluation of Anti-Money Laundering Measures and the Financing of Terrorism,” is the permanent monitoring body of the Council of Europe and it held its 57th Plenary meeting in Strasbourg, France, in early December.

However, at an earlier meeting in July, MONEYVAL was informed by the Romanian delegation about recent Anti-Money Laundering and Combating the Financing of Terrorism (AML/CFT) initiatives in Romania, including the key features of a draft AML/CFT law which had been introduced at that time in the Parliament but not yet adopted.

MONEYVAL determined that Romania had not adequately addressed a majority of previously identified AML/CFT regulatory deficiencies and that seven out of eight prior recommendations had not achieved a “compliant” or “largely compliant” level over a significant span of time.

Romania was encouraged to complete the ongoing AML/CFT legislative reform, but at the same time, approval was granted for the EU “to apply Step 1 of the Compliance Enhancing Procedures (CEPs).”

This process highlights the differences in the US and European approaches to their respective AML/CFT regulatory and enforcement frameworks and how relevant oversight provisions which can be brought to bear on entire member nations by the EU, if necessary.

MONEYVAL apples a four-step process to its CEP-based procedures. In Step 1, which Romania is responding to, MONEYVAL invites the “Secretary General of the Council of Europe to send a letter to the relevant Minister(s) of the State or territory concerned, drawing his/her/their attention to non-compliance with the reference documents and the necessary corrective measures to be taken.”

With Step 2, the CEP process ramps up considerably via a high-level mission to the non-complying state or territory to meet relevant ministers and senior officials to reinforce this message.

Step 3 involves the start of a serious crackdown and the application of a Financial Action Task Force (FATF) recommendation that triggers the issuance of a formal public statement that states that “a State or territory insufficiently complied with the reference documents and inviting the members of the global AML/CFT network to take into account the risks posed by the non-complying State or territory.”

Step 4 places the state or territory in hot water by “referring the matter for possible consideration under the FATF’s International Co-operation Review Group (ICRG) process.”

Romania came under the watch of the FATF ICRG as the result of a sequence of actions undertaken over the past decade. Created in 2007, the FATF’s ICRG was given a major boost in 2009, when the leaders of the Group of 20 demanded that the FATF “reinvigorate its process for assessing countries’ compliance with international AML/CFT standards and to publicly identify high-risk jurisdictions by February 2010 and to regularly update the public list of jurisdictions with strategic deficiencies.”

These revised ICRG procedures now start with a referral to the ICRG based primarily on the results of a jurisdiction’s Mutual Evaluation report (MER). If a MER reveals a significant number of key deficiencies, a review is undertaken by one of four ICRG regional review groups.

This initial review includes “outreach to each jurisdiction, including the opportunity to comment on the draft prima facie report. Based upon that report, the FATF decides whether it should conduct a more in-depth review of the jurisdiction’s key strategic AML/CFT deficiencies.

Julie Myers Wood, Chief Executive Officer at NYC-based Guidepost Solutions, strongly supports measures and in this she includes the ones offered by US Congressmen Soto and Budd.

“It is critical that Congress provides national guidance, and for federal agencies to set the national standards in various areas relating to virtual currency. The two bills recognize the evolving nature of virtual currencies and the need for evolution in risk management and regulation.

“The bills are not prescriptive in terms of regulatory requirements, rather, they appropriately direct the relevant federal agencies to study the issues, report back and provide recommendations to Congress,” Wood told Asia Times.

“One of our top priorities should be to address the apparent price manipulation of the virtual currency markets and implement consistent standards. Price manipulation has the potential to significantly undermine the confidence of the investors in the crypto sector.

“Many experts have noted the difficulty in determining what material, non-public information is for the purposes of crypto trading activities. Without regulation or formal guidance, many crypto exchanges have different standards regarding limitations, supervision and restrictions around employee trading.”

At the same time, Wood wants readers to understand that “weak AML enforcement by some nations is not a problem unique to the crypto marketplace. However, inadequate regulatory structures and the growing pains of enforcement agencies addressing AML issues within virtual currencies make enforcement even more challenging. FATF’s focus on this area, as well as the efforts of individual countries, will help, but these efforts are certainly in the early stages,” said Wood.

With the US’s accession to the presidency of the FATF during the current term, Wood describes the US as “making considerable progress in driving its agenda” during its FATF presidency.

“A key achievement is the initial guidance for virtual crypto-currency the US provided, and its work towards creating a global regulatory framework for virtual currency. This global framework is expected to be a key step forward, especially for crypto exchanges, Initial Coin Offerings and digital wallets. Consistency in regulation has the potential to expand the use of and confidence in virtual currency with institutional investors and others,” said Wood.

She stresses the critical importance of the FATF review reports.

“A recently released report by the UK discusses virtual currency risks and potential exploitation. Despite the perceptions of broad illegal activity in virtual currencies, the FATF UK review found that the risk of ML/TF in this area is assessed as low.

While Romania may appear to be a nation struggling with a bad rap, and while the UK appears to be operating on much more solid ground, one should be sure to view either country as somehow unique.

Regardless, the current session of the US Congress is coming quickly to an end, so 2019 might be the year when the crypto sector sees a lot of regulatory matters in the US sorted out. One can only keep his or her fingers crossed.

“It looks like both of the introduced bills only require reports. There are very few legislative days remaining this Congress, and they also have to take care of the budget in these remaining days, so I do not see much chance of either moving at this time,” said Murray.

Yaya Fanusie, director of analysis at the Center for Sanctions and Illicit Finance at the Washington DC-based Foundation for the Defense of Democracies adds that the new US bills only “reflect what is happening in some other countries as well. Many nations are looking to clarify or adopt legislation that would bring more regulatory certainty to the virtual currency space. You will find legislators in the EU, Russia, Asia, and elsewhere debating the ideas represented in these bills.”

The real challenge, says Fanusie, is that “this technology is evolving so quickly and it is still unclear how it will be adopted in the long term. Many legislators are still learning about the technology so lack of familiarity with cryptocurrencies may be the biggest issue officials may face in advancing legislation.”