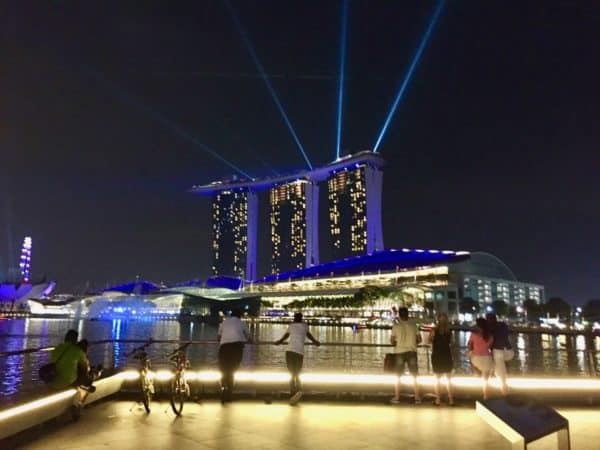 Recently, Blockshow Asia took place in Singapore. While Crowdfund Insider was not able to attend this year’s event, organizers have forward some of the top takeaway items for this year and the following year.

Below is a selection of commentary generated by speakers at the event which (obviously) focused on blockchain/DLT and crypto industry events.

China wants to be the first country to launch a digitized domestic currency.

“The Chinese government wants to push renminbi’s influence globally. They want the renminbi to be competitive with the US dollar. In order to do that they really need to push this currency to have more freedom.”

He expects the system to be a blockchain-based version of the renminbi that will help expand the currency’s economic influence.

The Chinese government wants to push renminbi’s influence globally. They want the renminbi to be competitive with the US dollar – Zhao Changpeng Click to Tweet

He addressed the future of the digital world. It will be faceless, presence-less, and paperless, and counterintuitive of this world is that it is trustless. The only way to build trust is through blockchain.

#3 On the State of the Decentralized Web

“These standards should be transparent and decentralized. Data ownership should be given back to the users.”

The NEO founder highlighted the problems deriving from monopoly, centralization abuse and single points of failure, proposing decentralization as the solution.

A presentation titled “Stimulating Massive Network Effects in Decentralised AI Networks” and the merging of blockchain and AI.

“By definition, a blockchain is a distributed, decentralised, immutable ledger used to store encrypted data. On the other hand, AI is the engine or the ‘brain’ that will enable analytics and decision making from the data collected. But both AI and blockchain are in situations where they can benefit from each other and help one another.”

“Bitcoin likely to see new all-time highs in 2020. There are many Bitcoin bullish analysts that believe that the digital currency will be experiencing a price increase in 2020 as well.”