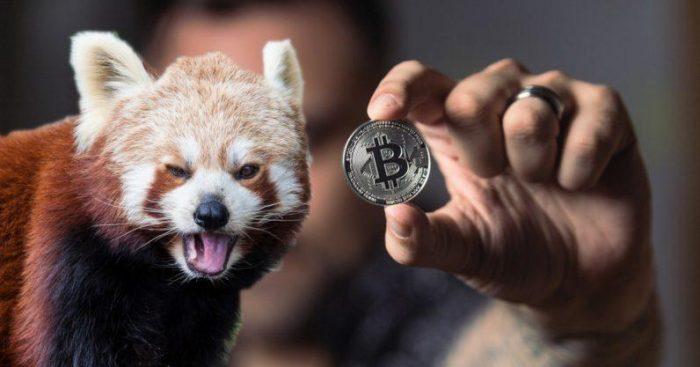 The bear market – which many optimistically hoped would only span a few months – has swallowed the entire year, and with it, a string of cryptocurrency projects.

The latest casualty is ETCDEV, the development team for much of the software adopted by notable alt-coin Ethereum Classic.

According to a recent post, the group simply does not have enough funds to continue building on the fledgling blockchain, and has officially closed its doors. This news comes just days after appealing to its community for potential donations.

Unfortunately ETCDEV cannot continue to work in the current situation and has to announce shutdown of our current activities pic.twitter.com/N6xWnpBNJJ

The ETCDEV team is not alone. It joins a litany of blockchain businesses – including Civil, STEEM, and SpankChain – all of which have been crippled by this years sustained market downturn.

It blamed the “weakness of the cryptocurrency market, the fiat returns on [its] automated selling of STEEM diminishing, and the growing costs of running full Steem nodes” for the sudden wave of layoffs – and not an unsustainable business model.

SpankChain is another company feeling the hurt. It’s a token-powered platform for donating to adult entertainers. Just days after bombastically declaring it had paid out $72,000 to performers, the company abruptly let eight employees go.

A similar story is Civil, a cryptocurrency tipping platform once pegged to “save journalism” with an ERC-20 token. Newsflash: turns out it can’t, it’s too expensive.

In the months leading up to its most recent public failure, Civil’s severe lack of self-awareness led it to open 18 news desks around the world, presumably without regard for the cashflow required to support such a large network of content creators.

According to Civil’s website, all of its newsdesks are still operational, somehow, despite refunding ICO investors the small amount of money raised.

The biggest names in cryptocurrency are affected too

It’s not just the newer cryptocurrency businesses struggling to find their feet in an oversaturated market. Some of the most powerful businesses in the game are limping, too.

ConsenSys, a major blockchain entity fuelling Ethereum-related software solutions en masse, confirmed it was to be “restructured” in a way that would see unprofitable cryptocurrency it supports be cut off from funding altogether.

So, after running the business on an avant-garde lust for worker autonomy and project variety, its founder Joseph Lubin was finally forced to admit ConsenSys’ model is unsustainable in its current form.

He added it was necessary to introduce metrics like revenue and return on investment to his business, as if they were at all revolutionary.

Ultimately, all these events point to one thing – an industry-wide problem with managing expectations.

Companies seem ill-equipped to navigate rhetoric and hype to properly communicate limitations of the technology they sell to the general public, as well as with institutional investors.

If 2019 is to be earmarked for any specific milestone – let it be a market-wide understanding of sustainability, no matter the price of Bitcoin.

While the layoffs probably won’t stop any time soon, analysts have already confirmed blockchain startups are withdrawing cryptocurrency from their coffers more regularly.

In fact, companies in charge of Ethereum-based tokens siphoned at least 170,000 ETH ($17.7 million) in November, the third largest withdrawal period of the year.