Blockchain just had a field day in China 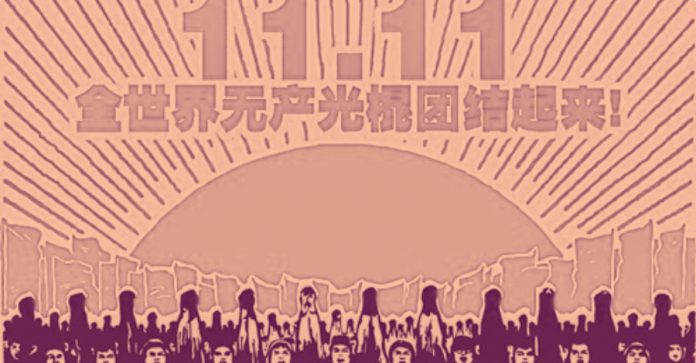 [Welcome to Da Bing, a weekly round-up of the most important crypto-related news that happened in China last week.]

Blockchain went from being President Xi’s favorite technology to real-world success—as demonstrated in a very public way—when e-tail giant Alibaba used it to power its biggest shopping day on record.

China’s Singles Day, which started out as a celebration of being single, is annually on November 11th (yes, it always falls on 11/11). A decade ago, Alibaba turned the Singles Day concept into a massive shopping day, observed  by happy singles, and couples. Last week, the holiday generated a record-breaking $30 billion sales for the e-tail giant in, er,  a single day.

What’s mind-blowing about all this is not just the sales record, but the technology deployed to ensure the that the extravaganza didn’t go bust: Blockchain entered the scene this year.

According to Ant Financial, the fintech arm of Alibaba, it applied blockchain technology to supply-chain tracking (among other things, it eliminated counterfeit goods), ID verification and supply-chain financing throughout the festival. Though it’s not clear precisely which technologies Ant used, the day served as a rare, real-world experiment to deepen the tech firm’s blockchain understanding.

And it was duly noted everywhere. articles on “Shuang shi yi ( Singles’ Day)” and “Blockchain” are trending topics on Weibo, China’s twitter. One article even has the title, “Even Blockchain Celebrate Singles’ Day.”

Fun fact: consumers could earn bitcoin rewards instead of cash back during the sales. We will likely see more bitcoin plug-ins to traditional online retailer in the near future.

Despite increasingly violent protests, Hong Kong continues to be a fertile island for Chinese tech giants to experiment with new blockchain solutions. A case in point: Tencent, which this week announced its plan to launch a virtual bank on a blockchain,  in Hong Kong. The multinational giant, which is sort of a cross between AOL in its heyday, Facebook and EA, has already gotten the blessing of Hong Kong’s Securities and Futures Commission.

The license might sound novel to people who don’t follow Hong Kong’s fintech scene. Yet it’s hardly a breakthrough. Hong Kong is struggling mightily to secure its position as the fintech hub in Asia, even as the mainland Chinese government is pouring more resources into other, favored mainland business and tech centers, such as Shenzhen. (China’s attempt to starve Hong Kong Hong is working, too: For the first time in a decade, the island is in the grips of a recession.)

Still, Hong Kong is resisting by trying to stay innovative and competitive. It started issuing online virtual banks licenses to tech giants Alibaba and Xiaomi,  in May.

Tencent has formed a JV with the Industrial and Commercial Bank of China; Hong Kong Exchanges and Clearing; the private equity firm, Hillhouse Capital; and Adrian Cheng, executive vice chairman of New World Development and executive director of Chow Tai Fook. The JV—renamed “Fusion”—will be the blockchain bank.

This sounds like another example of old wine in a new bottle, right?

What’s new or unique about Tencent’s Blockchain Bank? Tencent gave no details about its virtual bank’s offering, aside from  a supply chain, invoice-financing platform with McDonald’s. Though defi was mentioned a few times, it was not clear how Tencent will use defi to provide new lending solutions through Fusion.

When all is said and done, however, a Tencent virtual bank on a blockchain could be a massive idea. It has enormous customer-acquisition potential via Wechat, which is used by for virtually every kind of financial transaction, from paying utility bills to hailing rides from Didi.

By the way, we might be at the dawn of witnessing many more blockchain-themed banking solutions. It takes little imagination to speculate that Alibaba will make a similar announcement soon, given its huge market share in payments, e-commerce, and its flagship fintech spinoff, Ant Financials.

Competition will only heighten China’s blockchain race to win the battle of fintech supremacy.

Among crypto mining firms in China, Canaan is neither the biggest nor the most reputable. While its competitor, Bitmain, is fighting an ugly in-house war, Canaan just made its third attempt at being listed as a public company. (In August, 2017, it was rebuffed by China’s National Equities Exchange Quotations Co; and The Stock Exchange of Hong Kong rejected its listing bid in May 2018.)

Will the third time be the charm? Though investors are bullish on Bitcoin due to China’s recent approval of blockchain technology, it’s unclear whether China’s endorsement will make a difference and benefit mining companies whose profit depends on the price of bitcoin. If it does succeed, it will pave the way for other mining companies to IPO— including Canaan’s rival, Bitmain.

OneConnect’s IPO filing did not come as a surprise. Yet the way the IPO was being reported made the company sound like a new one. While AI has always been the buzzword for OneConnect, “blockchain” has now sneaked into the headline. Suddenly, social media in China is claiming that OneConnect is the first blockchain-enabled fintech firm to debut on the New York Stock Exchange.

Ping An, the second-largest insurance company in China,  has been the leader in China’s blockchain space. It has filed the  second-largest number of blockchain-related patents in China. Though OneConnect “commissioned” a white paper on its FiMAX S3S blockchain infrastructure using D3 ZKP, the company is seen as little more than a cash-rich, state-backed fintech player, that continuously lost money.

Dissecting OneConnect’s business model and product portfolio is no easy task. The company claims to provide end-to-end fintech solutions, such as cloud computing to SMEs. But it’s not clear to the public if any of their solutions has taken a big market lead, given that 40% of its revenue comes from the mothership, Ping An.

Now the Internet is abuzz with the idea that it’s a hot blockchain IPO? Crazy.

Do you know?  In China, we have a phrase called “drawing a picture of a pancake to fill the hunger (画饼充饥)” meaning one has to create an illusion ( drawing ) in order to satisfy the desire (hunger ). That sounds like some many token-based projects.