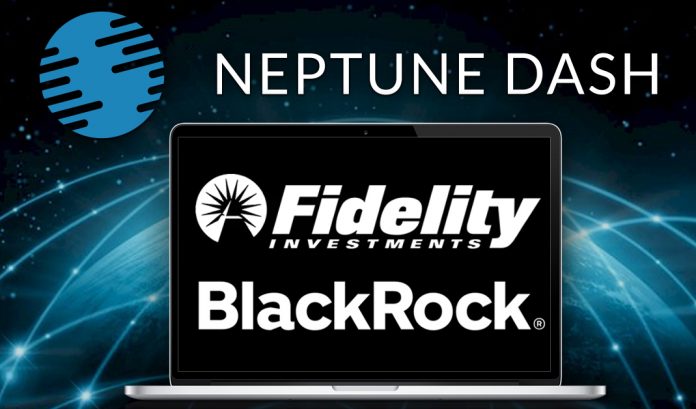 New data from Morningstar, the global financial research information provider, shows that as of October 31st 2019, BlackRock and Fidelity have funds that combine for owning 17,274,717 shares (21.4% of all shares) of the Dash masternode sharing service. It was revealed around mid 2018 that Fidelity first took an investment in Neptune Dash with a 15% stake, but Fidelity has since divested from the platform and the Blackrock arrival is a new investor.

The fact that these investments are coming from funds with major investment firms’ signals that they are seeing at least some opportunity in cryptocurrency for their clients. Fidelity is not new to cryptocurrency investing and previously invested in a $200,000 dollar Bitcoin mining rig back in 2014. Recently, Fidelity began a full roll out of its Fidelity Digital Assets custody program to help more investors gain passive access to the cryptocurrency sector. Blackrock, however, has been more conservative, previously not offering a Bitcoin ETF until it became “legitimate” and that while the company “see[s] cryptocurrencies potentially becoming more widely used in the future as the markets mature”, “they should only be considered by those who can stomach potentially complete losses”. Blackrock’s entry is a sign of significant appeal of Neptune Dash and Dash since it was able to overcome those company statements.

Neptune Dash has a unique appeal since it is publicly traded on stock exchanges and has its value based on the monthly rewards of the Dash masternode network. This enables these companies that do not want to actually operate a masternode either because it does not fit into their corporate environment or they are afraid of various regulation compliance to still have a financial investment in the cryptocurrency sector. Additionally, since the masternode payouts are based on predefined attributes such as the number of Dash mined thus far and the number of active masternodes, the rewards can be considered more stable than simply investing in cryptocurrency on an exchange and hoping for a non-negative price volatility.

While Dash masternodes have a fairly unique appeal for investors due to its more predictable returns, Dash has overall been a relatively favorite cryptocurrency among certain investment groups. Dash was recommended three times for different reasons by Palm Beach Group, most recently for its ChainLocks innovations making it more secure against 51% than other coins. Dash’s ability to innovate and fund development via its DAO helps set Dash apart from other coins since it can focus on creating a currency that is digital cash for everyday purchases.