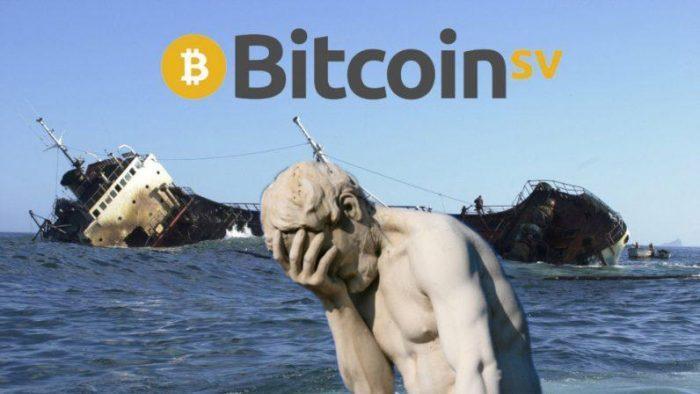 A change to the Bitcoin Satoshi’s Vision (BSV) protocol has inadvertently led to child exploitation material being posted to its blockchain, forcing apps and block explorers into actively monitoring the network for illegal content.

This was made possible after community members increased the amount of data accepted in transactions by 450 times (to 100KB), allowing for images, video, and audio to be stored in BSV’s blockchain.

The abhorrent imagery was first discovered on a site that displays files “hosted” by the BSV network. Later investigations revealed the content was “uploaded” with a transaction processed by Money Button, a payment app specific to the BSV network.

“[The website] contacted us suspecting that Money Button may have been used to write the data, since Money Button is a very convenient/easy tool to write data to the [BSV] blockchain,” a spokesperson told Hard Fork. “Sure enough – we checked our database and this criminal did in fact use Money Button.”

“Almost certainly, whoever posted this was trying to prove a point about inserting something illegal into the blockchain, since that content can never be removed,” they added.

BSV’s immutable nature unfortunately means the illegal content will remain hosted by the blockchain (unless it undergoes a hard fork to roll back the unwanted transactions).

“It is not possible to delete things from the blockchain. Block explorers have stopped showing the data in those transactions,” the spokesperson confirmed, which renders the illegal content invisible to the general public.

What is Bitcoin Satoshi Vision?

BSV is one of the blockchains created during the monstrously wasteful Bitcoin Cash hash wars. The recent raising of BSV’s transactional data limit was heralded by its community as the removal of “another limitation to scale Bitcoin.”

It is a fork (of a fork) of Bitcoin. It purports to be closer to the original intention of Bitcoin‘s pseudonymous creator, which SV proponents say has been bastardized since Satoshi Nakamoto‘s disappearance.

Much of the disagreement revolves around Bitcoin‘s 1MB block size limit, which Nakamoto imposed (in part) to reduce the threat of spam transactions.

Bitcoin Cash was created by forking Bitcoin to increase that limit to 8MB, and additionally to 32MB shortly after. Bigger blocks are thought to increase the efficiency of the network as usage ramps up.

Curiously, the most recent change that enabled BSV users to send images and video to its blockchain was made without a hard fork.

In fact, the dev who proposed the increase acknowledged the only requirement was to simply convince BSV miners to agree with the new 100KB limit. They noted at least 99 percent of BSV’s hash rate had adopted the change.

nChain says limiting data capacity is not the answer

Hard Fork reached out to nChain, the software firm behind the BSV protocol, to see how it’s responding to the ongoing situation.

CEO Jimmy Nguyen expressed the BSV blockchain is simply a data ledger. As with any platform that stores and transmits data, there is always the chance someone would use the platform to store and transmit illegal content.

When asked if nChain had considered possibility of this ugly situation before the transactional data limits were increased, Nguyen responded by stating he was not convinced the problem is solved by reimposing smaller data limits on transactions.

“The answer does not lie in limiting the data capacity of the platform. Instead, responsible service providers operating on the BSV blockchain will take measures to prevent writing to or reading from the blockchain any content that is illegal,” he said, before stating it’s impossible to stop all illegal content from being posted to the internet.

He also described BSV’s ethos to be the encouragement of legally-compliant business action, and urged anyone to “think twice” before trying to add illegal content to its blockchain, as they must digitally sign any data they want to add.

“Those digital signatures are admissible in courts of law to prove possession of illicit material and intent to distribute,” added Nguyen.

The entire BSV ecosystem must be on watch

If the changes to transactional data limits are not rolled back, the burden of censorship and monitoring rests entirely with the services that make up BSV’s network, including miners.

Mirroring Nguyen’s comments, Money Button explained if enough businesses make it difficult to write such data to and from the blockchain, it doesn’t exactly matter if the blockchain is immutable. Criminals simply won’t be able to find anybody to write it for them.

“Even miners could refuse to mine this content, although more than likely they will not parse it and will end up pruning it simply for economic reasons, because the miners are not incentivized to store this data,” the spokesperson added.

“If the criminals can’t find anybody to write it to the blockchain for them, then they could mine themselves, but they probably won’t bother.”

While this may sound reassuring, the harsh reality is there now exists a Proof-of-Work blockchain perpetually verifying the existence of child exploitation material, and on a network that prides itself on assuming “Satoshi’s Vision,” no less.