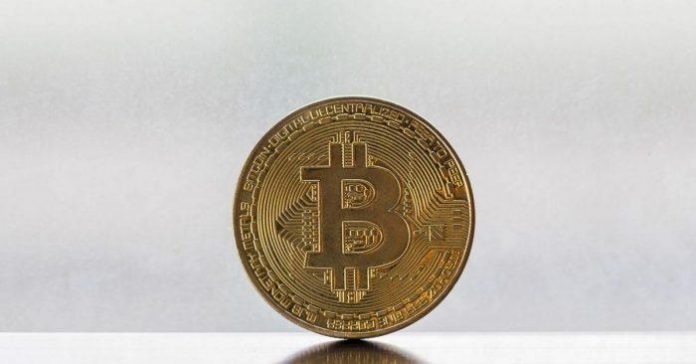 After weeks of pain for the world’s largest cryptocurrency, surged 10 percent to a high of $3,929.10 on Wednesday morning, according to data from CoinDesk. The performance brought bitcoin’s three-day gains to more than 22 percent.

Still, 2018 has been a horrible year for most cryptocurrency investors. Bitcoin is down more than 80 percent from its all-time high hit almost exactly one year ago. This year alone, it’s down 72 percent and has struggled to attract new buyers.

Finding fresh buyers was hardly a problem last year. Bitcoin first became a household name in 2017 as retail investors made speculative bets on cryptocurrencies, raising money through initial coin offerings. Regulators have stepped up their oversight of the industry this year, cracking down on fundraising projects that have failed to register with the SEC. Other crypto founders have been charged as outright frauds.

Over the past six months, hundreds of the ICOs have been forced to close up shop, which CoinFi CEO Timothy Tam said was a necessary shakeout for the market.

“The garbage, or at least a good portion of it, is starting to get collected,” Tam said. “Ultimately this strengthens the market.”

Still, he underlined that a 10 percent bitcoin spike doesn’t mean crypto prices are in the clear or that it’s “time to breath a sign of relief.”

“If anything, it proves speculation still dominates and most — not all, but most — are not trading in reality,” Tam told CNBC, adding that he saw some institutional-level money flow into the markets over the last 48 hours. Tam said certain investors had been sitting on the sidelines, waiting for the market to find bottom.

“It’s certainly a hell of a lot more cost efficient to buy now,” he said. “The hope is that the market has culled jumpy retail investors and, as regulators move in, we start to see some much needed stability.” 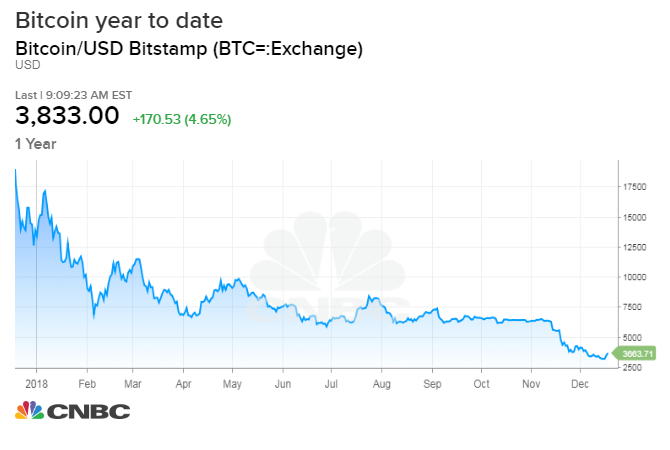 Mati Greenspan, senior market analyst at eToro, said bitcoin’s “impressive push from the floor” on Wednesday was also the result of short covering.

“People are looking to reduce their exposure and closing out high-risk sell positions before the holidays, and this is creating upward pressure on market prices, which is ultimately resulting in a rally,” Greenspan said.

Michael Moro, CEO of Genesis Global Trading, also saw an uptick in short covering. He echoed Tam’s sentiment that bitcoin is not quite out of the woods yet. Moro said he is not ready to call a bottom until prices break toward the $4,000 ceiling.

“Buyers typically need to see prices holding for a few days before they really step in, and I think $3,900 is a key short-term level here before that really happens,” Moro told CNBC.

By midday Wednesday, bitcoin surrendered some of the morning’s gains. It was trading at $3,774.85.