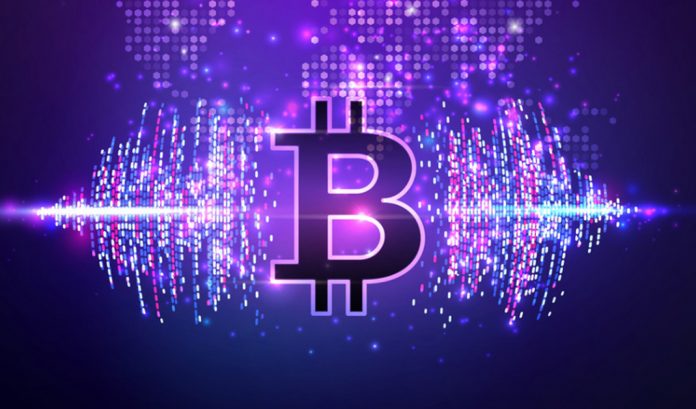 A new index study by Indexica shows that a growing cryptocurrency ecosystem is taking away price dominance from Bitcoin as individuals now have alternative entry points into the cryptocurrency market. 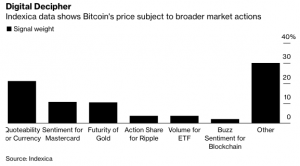 The study comes as some like J.P. Morgan blame the price decline of Bitcoin on “new futures contracts and an unwinding of long positions”. Indexica’s alternative explanation is that there are more factors that affect the Bitcoin and the cryptocurrency market that is causeing its price to be more sensitive. Indexica’s CEO, Zak Selbert, explained that “Bitcoin’s sensitivity to the development of competitors is just another sign of a coming of age”.

Among one of the top influences is “Quotability for Currency”, which explains “that it was most often talked about in conjunction with more traditional currencies”. But then competitors like Mastercard’s partnership with R3 to develop a new blockchain payment system also is shown to have a sizable affect on Bitcoin’s price.

As Indexica’s CEO explains, this is a natural part of any technologies’ growing pains. When Bitcoin first emerged and entered the world stage, everyone simply wanted to buy some Bitcoin and either hold, spend, or trade their coins. Now, individuals can purchase/trade futures or invest in other blockchain projects by more traditional industry players like Mastercard, which might not be the favorite method of early adopters and disrupters, but do offer more diversification to large investors accustomed to certain businesses.

Dash has an opportunity to develop and serve everyday users

As new investors and users enter the cryptocurrency market, they may focus on different ways to profit from Bitcoin which not only affects its price but also its development process. This can already be seen with some projects that have funding issues and are subject to vulnerability by the demands of third party donors. While Bitcoin has various market influencers affecting its price, Dash can utilize its self funding to focus on developing new technology and innovation to better serve its users.

As more investors and market movements push individuals out of the brand name of Bitcoin, consumers will be looking to find coins that better serve their needs. Dash thus has an opportunity to demonstrate to these individuals how it has faster and cheaper transactions than that of Bitcoin, sub two seconds, and transactions that cost less than 0.0005 USD with automatic InstandSend. Plus, Dash is now safer than Bitcoin against 51% attacks with ChainLocks and is even being recognized by exchanges like Coinbase with lower block confirmation times (2 blocks for Dash vs. 6 for Bitcoin).