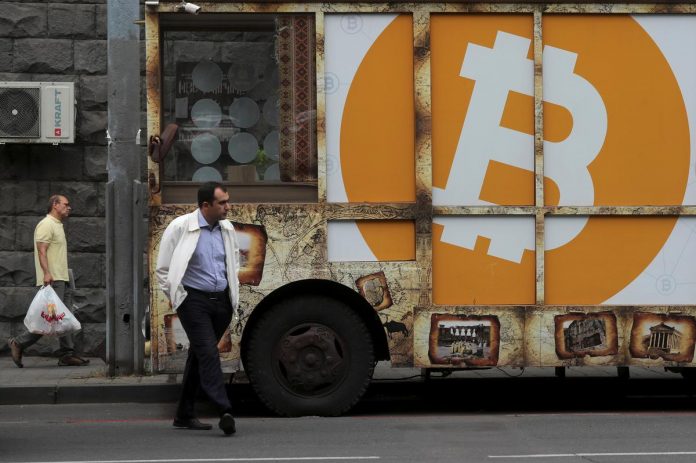 LONDON/NEW YORK (Reuters) – Bitcoin struggled on Wednesday to recover from the three-month lows it reached a day earlier, moves that traders blamed on a lukewarm reception for a futures product from the owner of the New York Stock Exchange.

Bitcoin, the biggest cryptocurrency by market capitalization, fell 2% to $8,364 in early trading BTC=BTSP. It plunged as much as 15% on Tuesday, briefly breaching $8,000, in its biggest one-day drop since July 16, before recovering some of its losses.

The Intercontinental Exchange (ICE.N), the NYSE owner, listed its Bakkt bitcoin futures on Monday, which many crypto enthusiasts expected would lead to an influx of money from larger investors.

The opening of Bakkt, ICE’s bitcoin futures platform, was regularly cited for bitcoin’s steep gains earlier in the year.

“It’s one thing to give institutional money access to BTC (bitcoin),” said Jamie Farquhar, portfolio manager at crypto firm NKB Group in London. “It’s another thing to make them comfortable enough to actually buy it.”

Bitcoin futures offered by exchanges regulated in financial centers have boomed this year, partly driven by investors seeking exposure to crypto but seeking protection from the heists, hacks and volatility that have plagued the emerging sector.

Some of the exchanges offering bitcoin futures are also planning to introduce more complex derivatives, offering traders another way to hedge their risk in the cryptocurrency.

CME Group, the world’s largest futures exchange operator, is planning to launch options on its bitcoin futures contracts in the first quarter of 2020.

Some market players said bitcoin’s fall on Tuesday was also partly caused by technical factors – often a big catalyst for price moves in an emerging asset plagued by poor price discovery and lacking in fundamentals.

Bitcoin has been on a downward trend in recent weeks, plunging about 35% since early August. A highly skeptical response by regulators and politicians to Libra, Facebook’s planned cryptocurrency, was one reason for the decline.