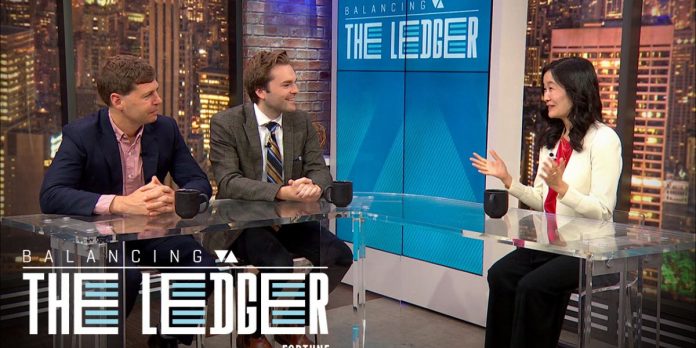 In the latest episode of “Balancing the Ledger,” the Fortune team turns the tables on Laura Shin, known in the cryptocurrency world for her probing podcast interviews, for a critical discussion about media coverage of the crypto industry.

One problem, Shin highlighted, is that cryptocurrency-focused media outlets are more prone to “pay to play” schemes, which involve journalists providing positive coverage in exchange for money or gifts. One reason for this, Shin speculates, is the global nature of the blockchain industry, and that many of the writers covering it hail from places where the norms around journalism are different than in the West. (Editor’s note: Fortune does not engage in such tactics.)

Shin, who was previously a staff writer for Forbes, notes that it’s not just far-flung crypto outlets that have shown questionable ethics. Mainstream outlets, too, she says, have been irresponsible in feeding the frenzy during cryptocurrency’s bubble phases.

“I just thought, ‘Oh my god, their audience is going to lose so much money. Why are they doing this?'” Shin says.

As for her own fledgling media empire—Shin now runs two podcasts, “Unchained” and “Unconfirmed,” and is building out a live-events business—she has encountered the same challenges as the rest of the media industry, including fears of the monopoly power of the big tech giants.

“What if someday there is the Google of podcast ads, and suddenly they tweak something and my revenue plummets?” Shin says.

Meanwhile, the cryptocurrency industry itself may soon come to provide a new revenue stream for media outlets in the form of crypto micropayments, which would allow entrepreneurs like Shin to collect small contributions from thousands of readers or listeners. Shin worries, however, that such a system could come to resemble Spotify—where a handful of popular artists cash in but the majority only receive scraps. She also noted that her experience putting a “tip jar” on her blog hasn’t been a rousing success—”I’ve made like 42 cents from the tip jar,” she laughs.

While Shin has now done hundreds of interviews in the crypto world, one guest was her all-time favorite: Binance’s CEO, Changpeng Zhao, better known as CZ.

“It was the pleasure of giving somebody a tough question and having them coming right back at you with the strength of their convictions,” Shin says, describing CZ’s defense of his company’s regulatory arbitrage strategy as “interesting and thought-provoking.”

As for the issue of regulation in the United States—namely whether the U.S. Securities and Exchange Commission is stifling innovation in the crypto sector—Shin says she is torn.

“As an American, I’m like, ‘Hey, wait, these teams are actually American, they should be here [but] there’s all this talent leaving…but I’ve also had friends lose money to scammers,” she says. A major court ruling or act of Congress would bring much-needed clarity to the industry, she adds.

For now, Shin remains hard at work on her forthcoming book, which she describes as “the second chapter of crypto history—picking up the story of cryptocurrency following the early days of Bitcoin as chronicled in Nathaniel Popper’s highly regarded Digital Gold.