Chicago Mercantile Exchange (CME) Chairman and CEO Terry Duffy explained in a recent interview how the decision to list bitcoin futures in the last quarter of 2017 wasn’t made as a result of light or transient causes. Instead, it was a deliberate effort to bring a proven technology to well-financed clients who will help it mature.

Scarlet Fu put it bluntly. Did the long practice of self-certification within the commodities exchange industry force out or exclude important players such as Goldman Sachs, for example, who were then saddled with bitcoin futures they clearly didn’t want, poisoning the well? Mr. Duffy, CME Chairman, answered immediately, “No.”

“I don’t think it does,” he continued, “because we spent a lot of time working with all our clients, talking to them about all our products, educating them about what we’re thinking. At the same time, there is a competitive issue out there that you want to be cautious of. The self-certification process is a big part of why [bitcoin] was put into place [so quickly].”

Questions of industry self-certification have popped up in frequency tandem to bitcoin’s giant price drop in recent weeks. It even became the central focus of the regulator’s first meeting of the year, as both CME and its crosstown rival, Chicago Board Options Exchange (Cboe), were asked to defend the tradition in direct contrast with standard stocks and their grueling gatekeeper, the Securities and Exchange Commission (SEC).

Mr. Duffy expanded his answer to Ms. Fu of Bloomberg, stating “[Our bitcoin futures product] didn’t have to go through a six month review (everybody could look at your intellectual property and do a copycat, lookalike product). We don’t have the same model as the Securities model. Ours is completely different. I think that the self-certification process works. We worked closely with our regulator. We worked more closely with them on this product because of the unique nature of this product.” Bitcoin is a Proven Commodity

Cboe was the first to list bitcoin futures, but CME’s week-later entrance into the ecosystem was largely seen as validation for the decentralized currency’s legitimacy and resiliency. CME is about as mainstream as finance can get. It owns several exchanges, and among its holdings is the Dow Jones index.

Remaining on the self-certification issue, Mr. Duffy defends the decision to list bitcoin. “At the same time, and I said this on my earnings call this morning, this product has been around for nine years. It’s not like it just showed up yesterday. Volatility [in traditional markets] has been low the last couple of years. What has not been low in volatility? It’s been bitcoin. People are clamoring for some kind of [volatility]. All the sudden this product becomes very much front page news. We’ve all been talking about bitcoin, and there’s been a lot of conversation about,” he explained. That conversation often turned to volatility and risk, and CME is not in the business of introducing more risk but, instead, managing it. “We list [bitcoin futures], and we list it with a whole new group of standards. I said today on my shareholder earnings call I would not reduce any of those standards in order to make money on this product. I think it’s important we take a very slow approach to this, and make sure the product is rolled out properly.”

Ms. Fu asks indignantly, “So that high initial margin of 43% … under no circumstances would you lower that?” By way of perspective, commodity margins are usually single digits. Mr. Duffy’s answer is somewhat surprising, as it seems he really believes in bitcoin futures for the long term. 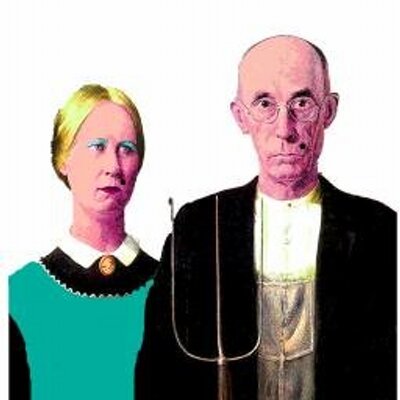 “That’s not what I said,” the Chairman and CEO corrected. “I would not do that in lieu of trying to get volume on it. I think the product needs times to mature. I think we’ve got to get more people involved in it, more commercials involved in this product. One of the reasons we have a five bitcoin per contract, versus our competitors having a one bitcoin contract, is I wanted to make sure I did not attract what is referred to in the business as the ‘moms and the pops’ trading it. I wanted to make sure people had a really good idea about what they’re getting into. I don’t want to attract a craze of people attracting to a marketplace when they’re not quite sure what they’re doing,” he cautioned. CME’s Chairman defended the high margin rates while the sot price tanked, stating

“Now, you look at the price of bitcoin. When we listed it, it was at $19,500 day one CME listed it. Today, it’s around $9,000 a bitcoin. We have a 43% margin, as you referenced a moment ago; we have had an over 50% decrease in that product. We are still holding 43% initial margin on that product today. It goes to show you the risk management processes we have in place for all of our asset classes but especially something like this when people were concerned about a quick break or a quick rally.”

Ms. Fu also asked about the prospect of listing other cryptos. Mr. Duffy pained a little at the question, “I’ll be honest with you Scarlet, we have not made a decision if we’re going to pursue other cryptocurrencies or not. I was very clear with the management of my company, and my board and my shareholders: this is new, this is controversial, but at the same time, if you look at the evolution of finance, everything was new, everything was controversial. We’re taking a very measured approach towards cryptocurrencies, and I will tell you right now we have no plans in the immediate future to bring out new cryptos right now,” he remarked candidly.

What do you think of Mr. Duffy’s comments? Let us know in the comments section below.