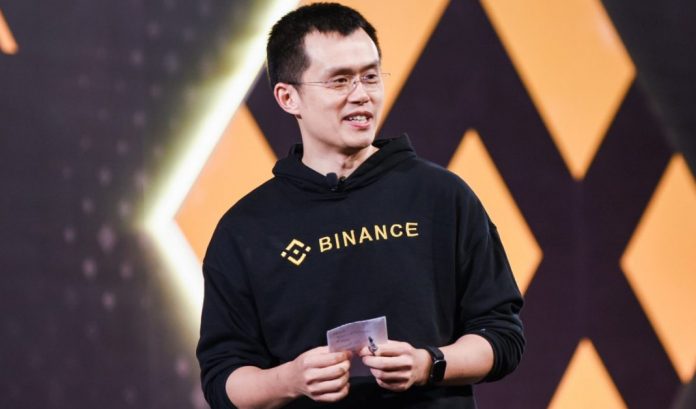 The CEO of cryptocurrency exchange Binance has threatened to sue publication The Block after misleading reports of police raid on the exchange’s alleged offices in Shanghai.

Instead of apologizing to the community for the fake headline news of the non-existent “police raid”, which damaged our reputation, and $btc price, theBlock now tries to argue if there was an office, if CZ had a meeting… who cares?

Own up & apologize for your mistake. https://t.co/PWjQ7FzEc6

On November 21st, The Block published an article claiming that the Binance Shanghai office was shut down following a police raid, but Changpeng Zhao (CZ), Binance CEO, quickly responded saying that they have not even had a Shanghai office for two years. Zhao then provided evidence that some exchanges in China may even pay writers to specifically write negative pieces about Binance. Following this response, The Block subtly changed the story while claiming that the news outlet “stands by our sources and reporting that Binance’s Shanghai office was shut down”, but left out the police raid aspect. This then resulted in Zhao considering suing The Block, which he claims harmed the exchange’s image.

Out of the incident evolved a plan to create a “FUD fighting fund” that could be worth more than $1 million USD after pledges from Zhao and Justin Sun, CEO of blockchain platform Tron, to counter false reports such as the Binance raid. However, The Block’s co-founder, Mike Dudas, said that this fund was being created “presumably to wield as an implicit threat against journalists who report facts that run contrary to their business interests”.

Problems with crypto journalism and funding conflicts of interest

In an industry with significant market speculation, breaking news from cryptocurrency news outlets can cause investors to react quickly before it is even fact-checked or cross-referenced. Combined with the low market liquidity of the space, these quick reactions can cause considerable price swings in the market, which can then swing in the opposite direction after the news is either confirmed or rejected. As Zhao eluded to, this then creates moral hazard if news outlets are getting paid to write specific stories, as has been shown to be true in past investigations, and begs the question if certain investors are having “hit-pieces” being written to benefit their specific positions, as has been alleged in the Binance raid incident.

This issue is compounded by the nascent nature of the cryptocurrency industry as a whole, which may not be mature and developed enough yet to support or demand well-vetted and thoroughly-researched journalistic content, leading to “click-bait” articles geared to pull in more viewership to drive up advertising impressions, thereby driving up revenue to cover the industry’s razor-thin margins. This then raises the question about alternative profitability models that can incentivize news outlets to write quality content and not sacrifice journalistic integrity in order to maintain operations.

The exploration of alternative funding models for cryptocurrency publications may assist in realigning incentives to avoid situations such as the Binance raid incident. Dash allocates a maximum of 10% of each month’s block reward of new coins entering circulation to its treasury, which the network’s stakeholders then decide on where to allocate said funds. Dash News, Dash Dinheiro Digital, and other news outlets have been funded via this method and has enabled these organization to create content, review projects, and cover news stories without having to turn to outside funding sources or prioritize a strict profitability model over quality of content, which could result in the misalignment of incentives. This funding source also aligns the publication’s reputation to that of the project as a whole, leaving a lower chance of sacrificing content for views.

Other cryptocurrency funding methods may also provide better incentive setups, including platforms such as Memo.Cash, which allows native tipping for quality content, and Steemit, a blogging platform based on the Steem blockchain which similarly allows content creators to gain funding through upvotes.